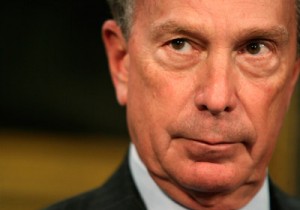 If Mayor Bloomberg thought that replacing controversial schools Chancellor Cathie Black would pull his approval rating out of detention, he was mistaken.

A poll out Wednesday from Quinnipiac University shows that most city voters are still giving Bloomberg failing grades. Just 40% of voters approve of the way he runs the city and even fewer – only 25% – say he’s doing a good job of running the schools.

His approval rating on schools hasn’t budged since he replaced Black, a publishing executive with no experience in public schools, with Deputy Mayor Dennis Walcott, a former former teacher with a master’s in education who went to city public schools.

City parents are even less impressed than the general population. A whopping 78% of voters with kids in the schools say Bloomberg’s doing a lousy job.

The formerly popular mayor has fallen in voters’ esteem over the last few months in the wake of a scandal involving a corrupt computer contractor, a botched blizzard clean-up and the surprising appointment of Black to the chancellor’s job.