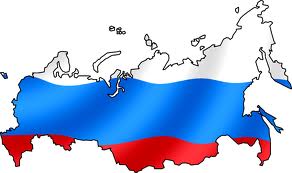 A decades-long dispute between Russia and an Orthodox Jewish group over ownership of holy texts collected for centuries by influential rabbis and seized by the Soviet Union has jolted the U.S. art world, threatening an end to major cultural loans between the two countries.

Russia has already frozen art loans to major American institutions, including the Metropolitan Museum of Art and the Houston Museum of Natural Science, fearing that its cultural property could be seized after the Brooklyn, New York-based Chabad-Lubavitch movement won a lawsuit in U.S. District Court in 2010 compelling the return of its texts.

The Met — and possibly other major lending institutions — are weighing whether to discontinue loans of cultural property to Russia.

The issue has become so important to relations between the U.S. and Russia that the Justice Department has signalled for the first time in court papers that by Monday, it may weigh in on the legal case — which the Russians pulled out of in 2009, citing sovereign immunity.

Federal attorneys declined to comment for this story, and Russia’s Culture Ministry did not respond to numerous calls, emails and faxes from The Associated Press seeking comment.

The U.S. State Department has worked to support Chabad’s campaign to reclaim its sacred texts since the 1990s.

Chabad is a worldwide Orthodox Hasidic Jewish movement, and has spent decades trying to reclaim the trove of thousands of religious books, manuscripts and handwritten documents, known as the Schneerson Collection, held in Russian repositories. Collected since 1772 by the leaders of the movement, the revered religious papers include Chabad’s core teachings and traditions.

Russian officials have argued that Chabad has no ownership rights over the collection and that the case belongs in Russian courts because it considers the works part of the country’s cultural heritage.

Chabad won the right to reclaim the sacred texts from a Soviet court in 1991, but after the collapse of the USSR, the new Russian authorities threw out the judgment.

Cultural objects lent from foreign countries are protected from legal claims under U.S. law, as long as they are deemed to be “in the national interest” and “of cultural significance” by the State Department — which is the case in major exhibitions.

Nevertheless, some Russian officials are convinced that seizure of that country’s cultural property is a preordained outcome of the court’s decision.

“We know what is done in such cases: the state property — planes, ships, paintings — is arrested,” said Mikhail Borisovich Piotrovsky, the director of Russia’s State Hermitage Museum, in a recent interview with Russian newspaper the Saint-Petersburg Vedomosty. “Consequently, the Russian government won’t issue permits for exhibitions in the U.S.”

But Seth Gerber of Bingham McCutchen, an attorney for Chabad, said the group had no plans to ask the court to seize Russian cultural property.

“Chabad will not seek to enforce its judgment by attaching or executing against any art or object of cultural significance which is immune from seizure under federal law and loaned by the Russian Federation to American museums,” he said in an email to the AP.

Chabad filed a statement and letter to State Department officials with the court Friday, assuring the U.S. government of its intentions.

The Russian culture minister announced the ban in January.

Since then, key works from Russia that had been destined for exhibitions at The Met, the National Gallery and J. Paul Getty Museum in Los Angeles, have been held back.

The Houston Museum of Natural Science postponed its show of 150 jeweled objects amassed by Russian royalty, an exhibition that was originally scheduled to open May 20. “We do know that the show will open at some point,” said Latha Thomas, a spokeswoman for the museum.

An exhibit at the Los Angeles County Museum of Art, “Gifts of the Sultan: The Arts of Giving at the Islamic Courts,” is scheduled to open on June 15, with or without the Russian objects that were to be included in the show of 250 works, a museum spokeswoman said.

Meanwhile, the Museum of Russian Icons in Clinton, Massachusetts, was forced to shutter its only major show of the year after the Russian government in March called back 37 lent objects.

“It’s all such a nightmare,” said Kent Russell, the curator of the museum, which had already spent about $300,000 promoting the show when it had to be closed. “We had a lot riding on this. We had a lot of tours that had to be cancelled. The catalogue is of absolutely no value to us whatsoever.”

The Met recently said it was negotiating an agreement to show its exhibit of clothing designer Paul Poiret at the Kremlin Museum in Moscow this fall. “But if the embargo continues the museum may reconsider,” said Met spokeswoman Elyse Topalian.

Legal experts and art professionals find it implausible that Russian cultural property lent to U.S. institutions could be seized.

Howard Spiegler, an attorney with the International Art Law Group at Herrick, Feinstein, a New York-based firm, said exhibitions that are imported from abroad, as long as they are certified by the U.S. State Department, are protected from seizure.

“What bothers me about this is that Russia is disingenuously trying to place blame on the plaintiffs in the Chabad case for Russia’s alleged inability to loan artworks for the good of the American public,” Spiegler said.

The Schneerson Collection is comprised of two distinct sets: the “Library,” which was seized by Russia’s Bolshevik government during the October Revolution of 1917; and the “Archive,” which scholars say was “twice plundered” because it was looted by the Nazis in 1939 and then taken by the Red Army to the Soviet Union in 1945 as “trophy” documents.

Gerber, the movement’s lawyer, said the Russian government has repatriated Nazi-looted property taken by the Soviet military to a number of countries, including France, Belgium and the Netherlands, but has stubbornly refused to return the collection.