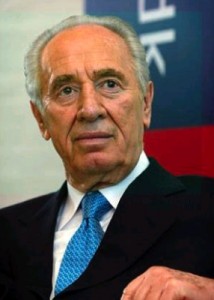 President Shimon Peres’ Boeing 737 plane was hit by lightning on Sunday minutes after taking off from a Milano airport. No injuries or delays were reported.

Peres was onboard an El Al flight together with 101 other passengers. “Right after take off the airplane was hit by a lighting bolt. Following a thorough checkup making sure no damage was caused, the flight crew decided to keep flying,” an El Al official reported.

The flight landed in Israel on schedule at 6:30 pm.

He also participated in the 150th anniversary of the country’s unification, during which he met with Palestinian Authority leader Mahmoud Abbas to discuss the peace process and possible ways to revive negotiations.