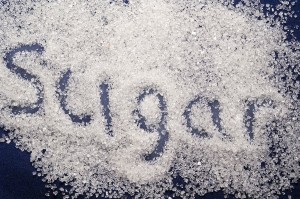 The City’s crackdown on big, sugary sodas is staying on ice.

A mid-level state appeals court ruled Tuesday that the city’s Board of Health exceeded its legal authority when it voted last year to put a size limit on soft drinks served in restaurants, theaters, stadiums, sidewalk food carts and many other places.

The ban, which would have stopped the sale of many high-calorie beverages in containers bigger than 16 ounces, had been lauded by some health experts as an overdue attack on one of the primary contributors to a national obesity epidemic.

But in a unanimous opinion, the four-judge panel of the state Supreme Court Appellate Division said that the health board was acting too much like a legislature when it created the limit. It said parts of the new rules were clearly political or economic considerations, rather than health concerns.

The judges wrote that while the board had the power to ban “inherently harmful” foodstuffs from being served to the public, sweetened beverages didn’t fall into that category. Since soda consumption is not necessarily harmful when done in moderation, it “cannot be classified as a health hazard per se,” the court wrote.

Mayor Michael Bloomberg, the driving force behind the regulation, promised a quick appeal.

“Today’s decision is a temporary setback, and we plan to appeal this decision as we continue the fight against the obesity epidemic,” he said in a statement.

The American Beverage Association, which had been among the groups challenging the rule, applauded the court ruling, which was the second to find that the Board of Health had overstepped its authority. A similar lower court ruling in March kept the regulation from taking effect.

“With this ruling behind us, we look forward to collaborating with city leaders on solutions that will have a meaningful and lasting impact on the people of New York City,” said Beverage Association spokesman Christopher Gindlesperger.

New York’s effort to cap soda portions has drawn national attention, including from diet companies lauding it as a groundbreaking step in America’s war on extra weight and late-night TV hosts ribbing Bloomberg as a nutrition nanny.

The drinks limit follows other Bloomberg efforts to nudge New Yorkers into better diets. His administration has forced chain restaurants to post calorie counts on menus, barred artificial trans fats from restaurant fare and challenged manufacturers to use less salt.