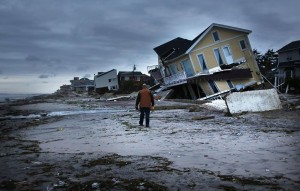 Living up to his magnanimous manner, and in yet another gesture of generosity to help Klal Yisrael in its time of need, Mr. and Mrs. Shlomo Yehuda Rechnitz has funded through Torah Umesorah a one million dollar grant to schools and families adversely affected by Hurricane Sandy.

The grant will help improve the situation for so many families and Mosdos Chinuch who have been enduring unimaginable hardship and personal loss due to extensive damage suffered during the hurricane. “Obviously, even an amount of one million can only go so far,” noted Rabbi Dovid Nojowitz, National Director of Torah Umesorah, but he hopes that ”this will spur on others to realize the dire need, dig deeper and bring about the necessary funds for a complete recovery from this catastrophic storm.”

The damage caused by Hurricane Sandy in just a mere few hours was shocking, and by now, all of Klal Yisrael is keenly aware of the need to extend our resources and lend our helping hands to those who were literally left with only the shirts on their backs. Rabbi Nojowitz noted, “Schools are struggling to rebuild and provide chinuch to their students. So much is needed. It is an overwhelming feeling for schools to have to rebuild on their own. They cannot do it on their own. Mr. Rechnitz has stepped into the fore, and many others, we hope, will follow to put these mosdos back on their feet.”

Schools will be able to replace damaged equipment and seforim, while families will receive financial help through local community assistance funds.

Rabbi Zvi Bloom of Torah Umesorah and a trustee of the Achiezer organization based in the Far Rockaway/Five Towns area, expressed his appreciation for Rabbi Rechnitz’ tremendous contribution. “I am especially thankful for the assistance we can now offer to our schools. Rabbi Rechnitz has once again blazed a trail of chessed for others to emulate,” Rabbi Bloom said.

School who suffered damage due to Hurricane Sandy, may contact Rabbi Dovid Nojowitz, Menahel of Torah Umesorah at 212 227 1000 X 4521.