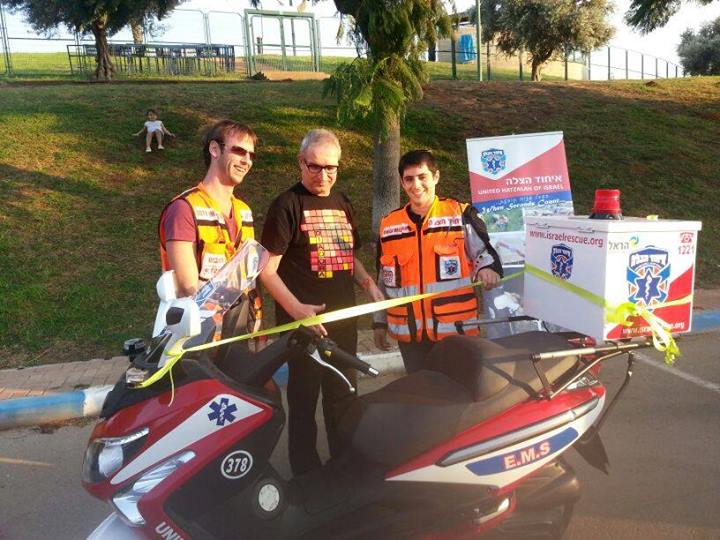 Five months ago, Yigal gave a lift to his wife who was heading to her dentist. While she was getting treatment he was waiting outside in the car when suddenly he began to feel sick. He immediately called his wife, who rushed out to check on him – but by the time she reached the car, he was already unconscious.

She called for help, Ichud Hatzalah volunteer Roni Sela got the call at 8:02AM – just a block away from the emergency. He arrived to the scene, realized that Yigal was in cardiac arrest, attached the defibrillator and administered the first shock about a minute after receiving the call. Yigal was out of the hospital a few weeks later.

And what’s the cherry on top? As it turned out Roni’s father’s best friend is the brother of Yigal. The defibrillator that saved his life was donated by the volunteer’s dad.

A few weeks ago Yigal (in a black T-shirt) was present at the dedication ceremony of a new ambucycle in Ra’anana next to Roni Sela (on the left), where he lives and was saved.

He cut the ribbon and promised to tell his amazing story to everyone.