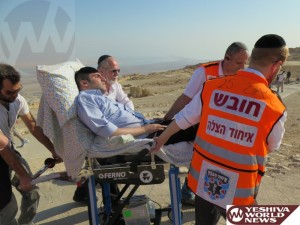 Two paramedics, an ambulance driver and a nurse from the volunteer rescue organization, United (Ichud) Hatzalah helped to make a quadriplegic man’s dream come true – to climb the magnificent citadel of Masada to look over the desert landscape.

We all know the powerful experience of reaching the top of the majestic cliff of Masada. We all know the story of heroism, of freedom behind it – how it was the last fortress of the Jewish uprising who fought against all odds, for the future of the Jewish people two thousand years ago.

Last Thursday the mountaintop overlooking a vast desert landscape and the Dead Sea was the scene of yet another moving, powerful event – very much befitting the spirit of the location.

Alon Paz (37) was in a car accident four years ago. For days he was fighting for his life, but when he regained consciousness he could not move his limbs. He became a quadriplegic, needing constant assistance and a respirator. Alon’s intellect and his ability to speak remained intact – but he cannot move any other part of his body. He currently lives in a nursing home.

While Alon’s body stays bedridden though, in his mind he was planning a trip, dreaming about a big adventure he hardly thought was possible. He told about it to Yisrael Zelts, a volunteer of United Hatzalah who knew that if anyone, his organization can help Alon out and make his dream come true.

United Hatzalah’s medical team was more than happy to come up with the team, a plan, the necessary equipment and transport for Alon’s big trip, he had a four-member team to take care of him. “We knew that it was going to be a medically complex task,” said Yehuda Atias, the head of United Hatzalah’s medical department. “Alon uses a respirator which meant that we had to watch out for blockages or any kind of malfunction. This could have endangered his life especially since we were at least an hour away from any medical center – but we just had to help him make his dream come true.”

The team scheduled the big adventure for last Thursday. The group went by one of United Hatzalah’s ambulances to pick up Alon and then travelled together to the Dead Sea, where they reached the top of the mountain by the cable car and pushed and lifted Alon on his bed to a point from where he could overlook the magnificent desert landscape and the magical blue of the Dead Sea.

At the end of the tour, when they were about to leave, Alon asked the medical staff to step away for a few minutes and let him absorb the beauty of the place, and the grandness of the moment, the victory Alon waged over his condition and how his healthy mind, that – unlike his limbs – is full of life, dreams and power, got him to the place of his dreams, Masada.

Afterwards the team descended to Ein Gedi beach and rode back to Alon’s nursery home.

“It was like oxygen for me,” said Alon after returning home. “I saw the sky, the sea, the desert. This trip felt like I was reconnecting with life.” 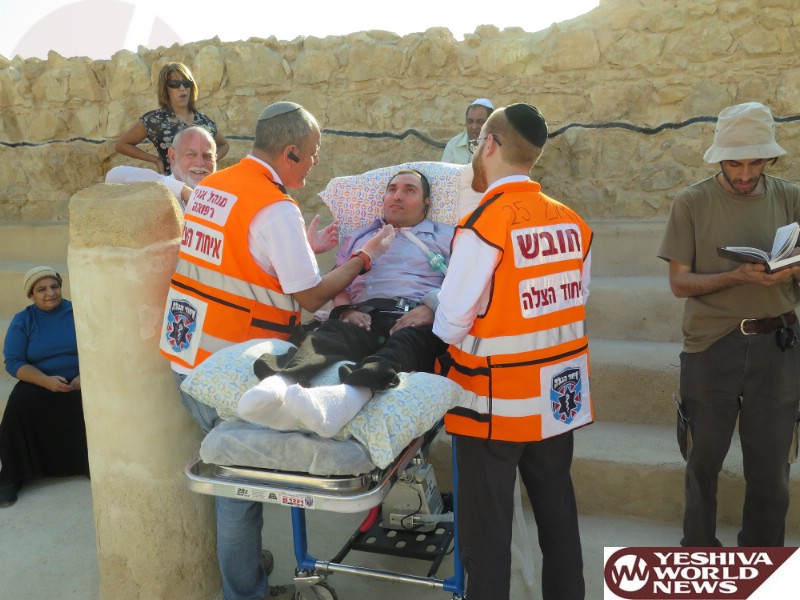 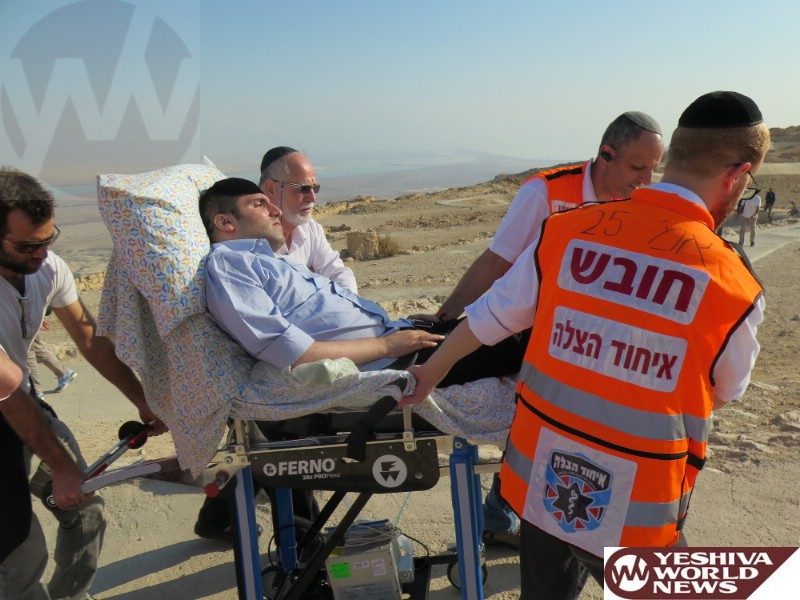 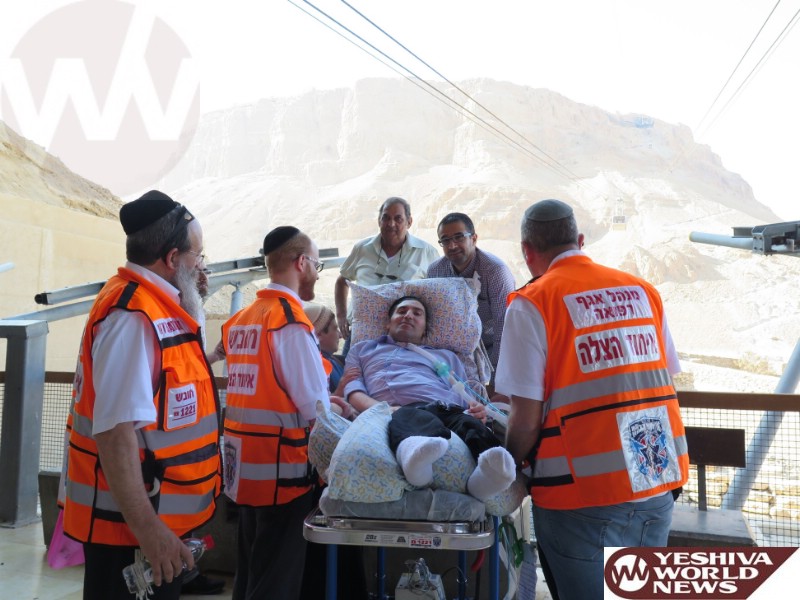 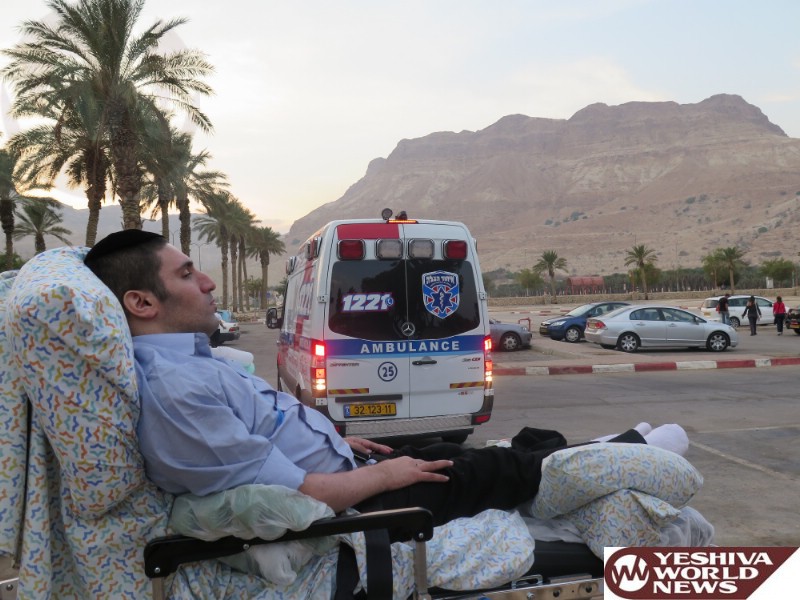 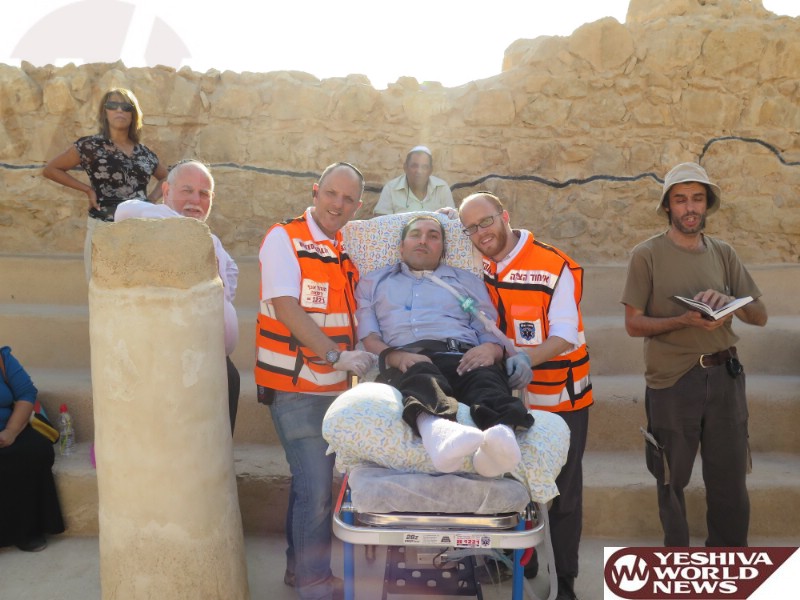