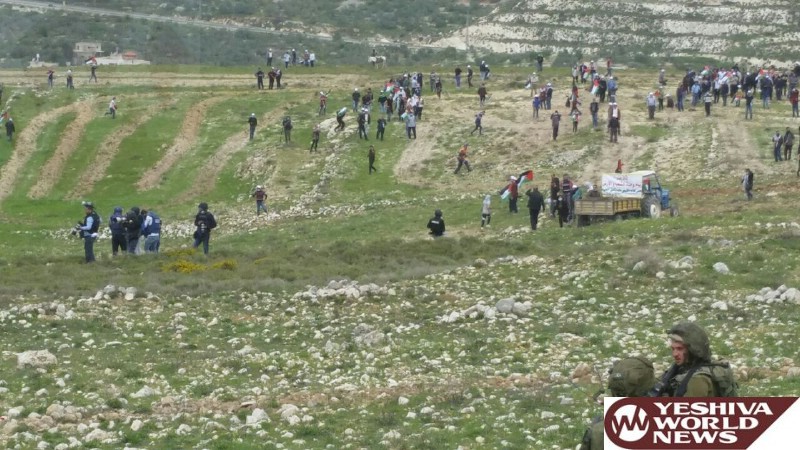 Some 150 Arabs began moving towards Yishuv Yitzhar in Shomron early Thursday afternoon, 30 March, which is observed as Land Day. The IDF was summoned to take action to prevent them from advancing, using riot-control adjuncts to distance them including rubber-coated bullets. At least one Arab was reportedly injured by a rubber bullet.

Land Day, March 30, is an annual day of commemoration for Palestinians of the events of that date in 1976. In response to the Israeli government’s announcement of a plan to expropriate thousands of dunams of land for security and settlement purposes, a general strike and marches were organized in Arab towns from the Galil to the Negev. In the ensuing confrontations with the IDF and police, six unarmed Arab citizens were killed, about one hundred were wounded, and hundreds of others arrested. 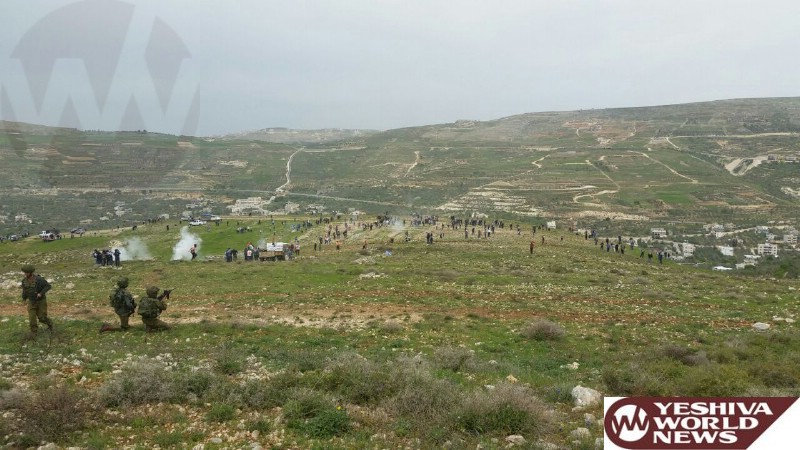