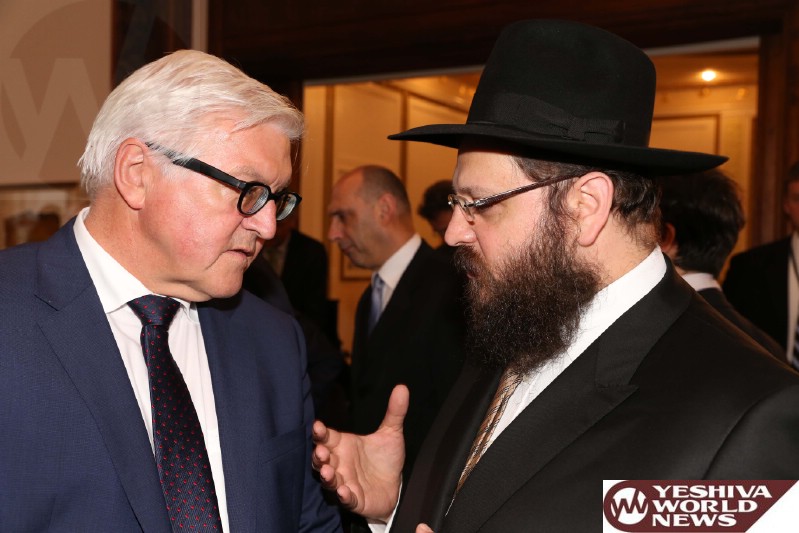 Marking Holocaust Remembrance Day in Israel and around the Jewish world on Monday, 28 Nissan, Rabbi of the Jewish community in Berlin Rabbi Yehuda Teichtal has published a new siddur with German translation.

The siddur, whose production spanned four years, features close to 1,400 pages of clear print and attractive design. According to Teichtal, this is the first time in over a century that a one-volume complete Orthodox siddur has been printed in Germany that encompasses all daily and annual prayers with contemporary German translation, along with instructions and explanations regarding the prayers. “This siddur has all the tefilos that a person needs for the entire year, including the Yomim Tovim, except from Rosh Hashanah and Yom Kippur” says Rabbi Teichtal.

While in the process of compiling the siddur, Rabbi Teichtal determined to found a Jewish publishing house in Berlin which he named Juedisches. This siddur is its first publication. “Publishing this siddur is also our way of announcing the opening of a new [Jewish] publishing house in Germany,” says Rabbi Teichtal. The next stage is for Juedisches to print other foundational Jewish works. Presently, it is working to publish a sefer Tehillim with German translation, and to date, approximately one-third of the job is already complete. The siddur was published in conjunction and with the permission of the American publishing house Kehot.

Rabbi Teichtal notes that “For hundreds of years, one of the main ways of commemorating the tribulations in Jewish history was in prayer. This year, I’m certain that reciting the prayer ‘Keil Mallei Rachamim’ in memory of the six million who were murdered in the Holocaust will evoke great emotion in me, because I will be reciting it along with the contemporary German translation as appears in the new siddur.

“Aside from the technical advantage of translating the prayers into German, I feel that one way to encourage the younger generation to join us in remembering and honoring the past is by linking memories of the past to a revitalized movement of Jewish spirituality. The fact that specifically here, in a place where they attempted to exterminate European Jewry, there is now a vibrant, active Jewish community, as manifest by the publication of one of the most prominent and basic Jewish works in the German language, attests to the spiritual force and power of humanity, and of the Jewish nation in particular. I sincerely hope that this will be a source of inspiration and message of unity to a younger generation.”

The new siddur, called Tehillat Hashem, comprises some 1,400 pages, half of which are in Hebrew and the other half in German. Aside from the actual tefilos, translation, and elucidation, the siddur also includes Pirkei Avos; Torah readings for Mondays, Thursdays and Yomim Tovim; and basic halachos pertaining to tefilos. The prayer section is divided into Weekday, Shabbos, Yomtov, and fast days. The project was completed by a team of five, including a main editor, translators, and proofreaders, all of whom are members of the Jewish community in Berlin. The endeavor was made possible thanks to generous support of the community.

Several copies of the siddur arrived in Germany this past week from Israel, where it was printed. The vast majority of the shipment will arrive in the coming weeks, and the siddur will be available for purchase in German Jewish communities, on the Swiss Jewish website Books & Bagels, and on Amazon.

Siddur Tehillat Hashem was compiled in nusach Sephard, as customary among Jewish communities that identify with the Chassidic movement. This nusach is based on the siddur of Rabbi Yitzchak Luria, the Arizal, who was one of the great Torah luminaries and kabbalists in seventeenth century Tzfas, as relayed by his disciples. The new Tehillat Hashem follows the version as relayed by Rabbi Schneur Zalman of Liadi who authored the Tanya.

One of the first siddurs with German translation appeared in 1895. It was published by Rabbi Samson Raphael Hirsch, who was the rabbi of the Jewish community in Frankfurt and one of the leading Orthodox Rabbis in nineteenth century Europe. During the twentieth century, several other siddurs were printed in German, as well, but few encompassed all the prayers, and others were divided into several volumes. 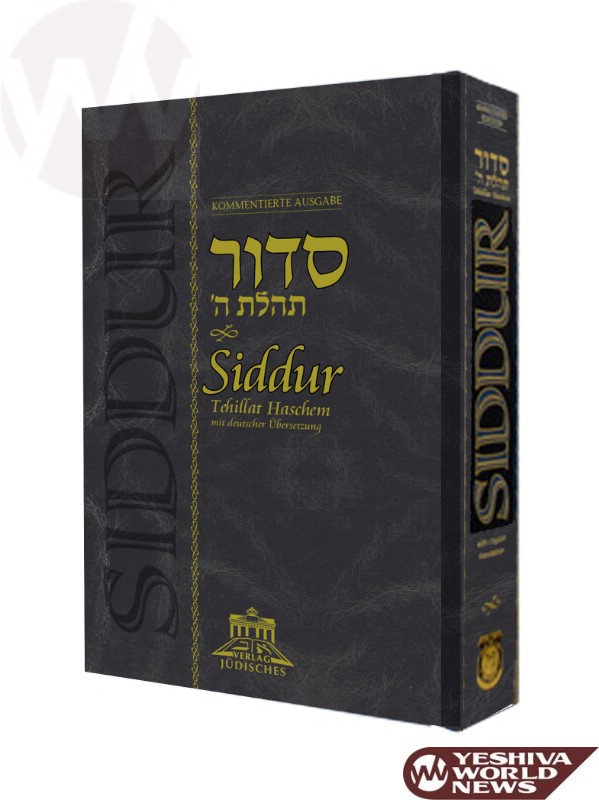