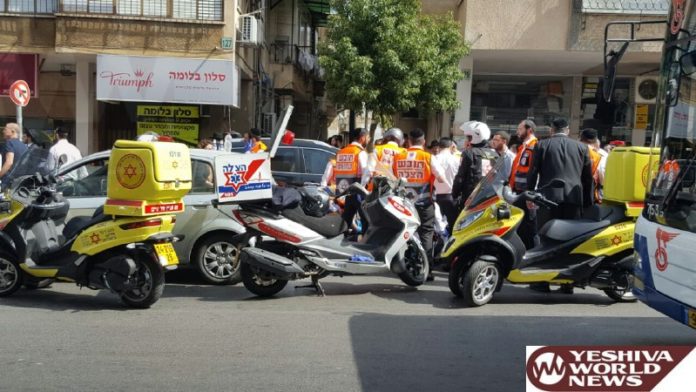 A woman in her sixties collapsed on Rabbi Akiva Street in Bnei Brak late Thursday morning 1 Iyar. The woman was inside a vehicle and is listed in very serious condition.

Hatzalah EMT Chaim Edelheit reports he was in a vehicle in front and heard shots for assistance. He realized the woman was unconscious and immediately began CPR after determining she was in cardiac arrest. She was transported by MDA paramedics to Mayanei HaYeshua Hospital where her condition was reported to be “Very serious”. 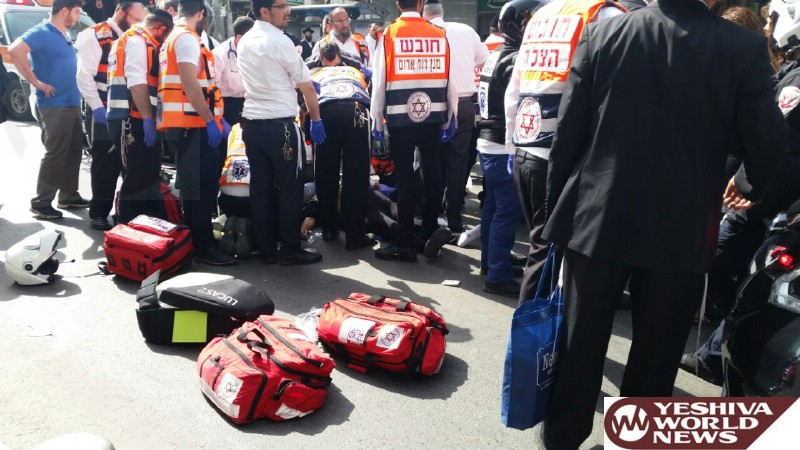