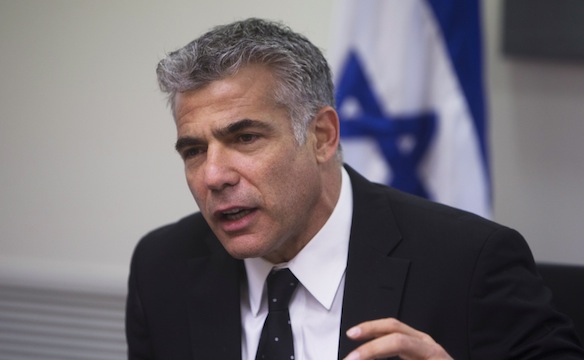 Chareidi Knesset members and in particular Health Minister Yaakov Litzman, are undergoing long and tense hours of waiting following a renewed threat by Litzman, that if the Shabbos is desecrated by the workers at Israel Railways again this week, he would leave the government on Sunday. Litzman met with Labor and Social Welfare Minister Chaim Katz once again this week to discuss possible solutions to the problem.

The person who seems to be monopolizing on the situation is the Yair Lapid, party leader for Yesh Atid, who is inciting against the Charedi position and against Netanyahu and the Chareidi faction in the government. “The last time Netanyahu capitulated to the Chareidim regarding work on the railways on Shabbos, hundreds of thousands of people got caught in traffic jams. This is what is going to happen this time as well,” Lapid wrote on his Facebook page. “We have another 48 hours to change the situation. I call upon the Llikud ministers to prevent this capitulation.”

Yesterday, Netanyahu met with leaders of the Chareidi parties to discuss the problems and Minister Katz met with Israel Railways to get a detailed list of all the work that was proscribed to take place on Shabbos.

While Katz and Litzman were set to meet on Thursday evening, a solution to the problem has not yet been found and the two ministers will be working with Netanyahu to find a solution to the burning problem again on Friday, and perhaps even up until Shabbat begins.