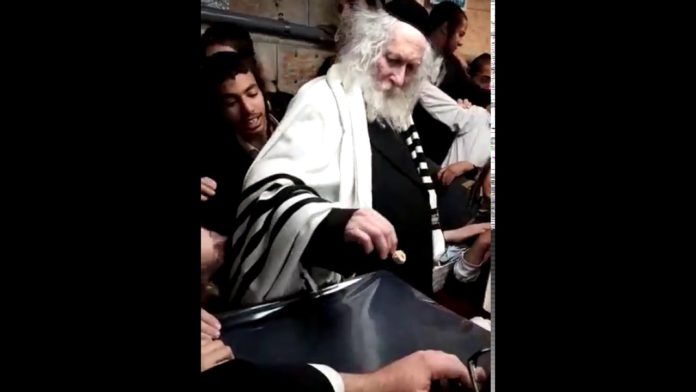 Berland – who is always wearing his Taalis – can be seen at the “Bima” of his Shul surrounded by young children as he repeatedly spins his Draidel. The Minyan is heard Davening in the background.

Rabbi Berland was released from house arrest just before Rosh Hashana, the result of a conviction for assault. Berland pleaded guilty to his actions against multiple victims. he had first fled Israel and traveled from country to country, thus avoiding extradition to Israel, where a warrant for his arrest had been issued. He spent time in the United States, Italy, Switzerland, Morocco, Egypt, Zimbabwe, and Johannesburg before being arrested and extradited to Israel where he faced the law.