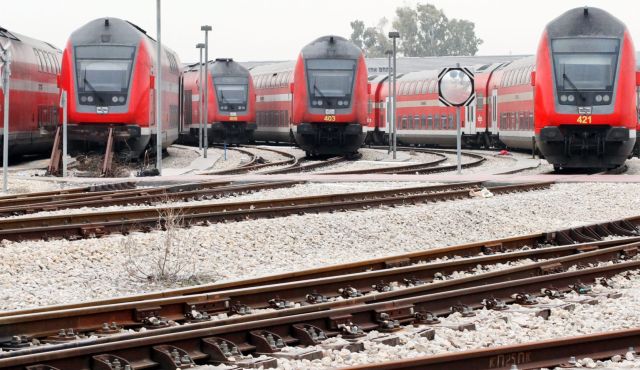 Minister of Transportation Yisrael Katz attacked the Charedi news website Bhadrei Charedim for publicizing the video footage of work being done on the Israeli railway system on Shabbos. The video was filmed by a non-jew.

Katz said: “I was open about what was happening and I put everything out on the table. We don’t need random or secretive website going out and conducting their own investigations. It is interesting to see websites in the Charedi community are publicizing that these investigators are sending out Arabs to film the rail lines on Shabbat to see whether there is work being done or not.  Now, I don’t know if these websites are run by Charedim but it seems that someone might be working on Shabbos by them.”

Katz continued: “It’s funny, I haven’t seen the Rabbis permit work to be done for Jews by a non-Jew on Shabbat as a proper way of working on the day of rest. But to send non-Jews to document and film events on Shabbos and then to publicize these items on Sunday morning and use them to attack the heads of the Charedi community and at the same time the heads of the government, it is interesting to wonder why this is being done? These are not the type of actions that we wish to promote.”

Katz was responding to a question posed by MK Michael Malchieli that was asked about the new reform in the transportation ministry regarding the running of new lines of moniyot sheirut (mini-buses) that would also operate on Shabbos. Malchieli claimed that the new reform is on the one hand segregationalist and shows a lack of service to the Charedi community on Shabbos, and at the same time also brings about more desecration of the day.

Katz responded and said: “The new reforms were implemented while bearing in mind the current status-quo. The Rav-Kav public transit cards will work on these lines during the week but not on Shabbos. During the Shabbos routes, people will have to pay regularly, like they would for a regular taxi or special taxi. These trips will not be subsidized by the government.”