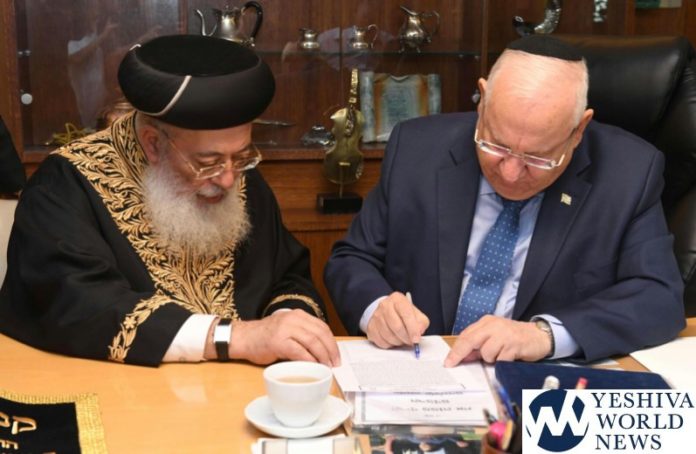 As Pesach approaches, the annual event of the sale of the chametz in the President’s Residence.

The president explained he was selling his chometz as well as the chametz from the President’s Residence and even though he is a descendent of the Gra, who did not rely on the sale of chametz, he would be relying on the sale, which has become accepted tradition. He explained that he will be sitting around the Seder table with his family, wishing Klall Yisrael a Chag Kosher V’Samayach.

The rav presented President Rivlin with his sefer תומת ישרים, with his personal dedication and gave the president a bracha for health, nachas, and wished him a good Yomtov.

The document was signed by Tubi, who delegated the rav as shaliach for the sale of the chametz of the President’s Residence. 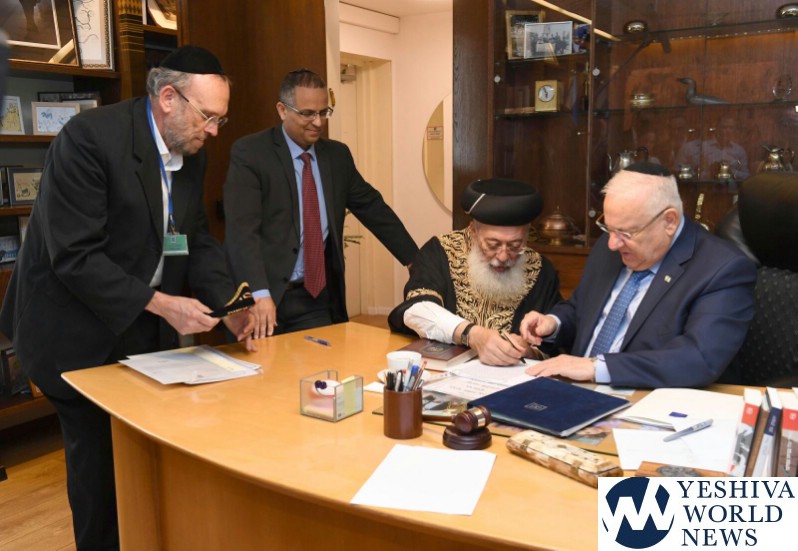 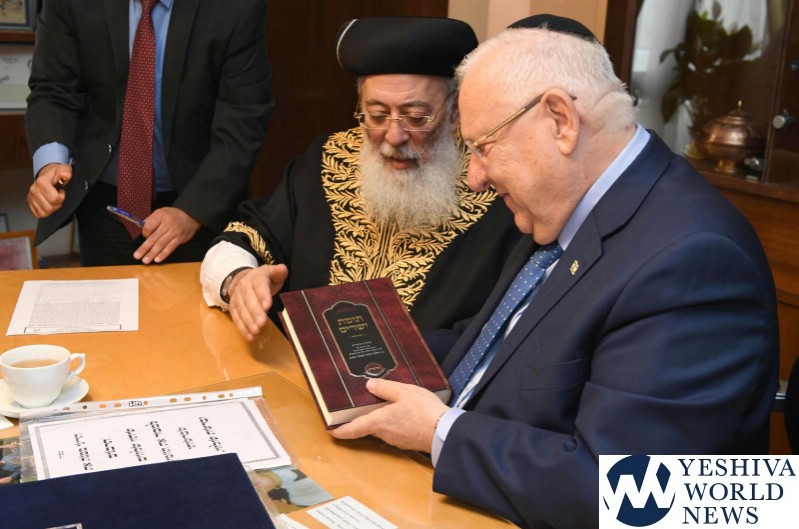 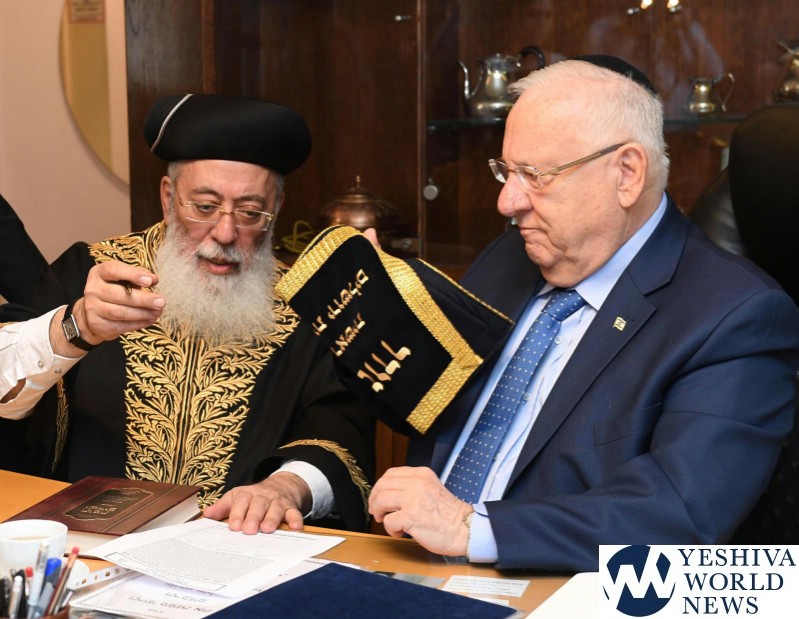