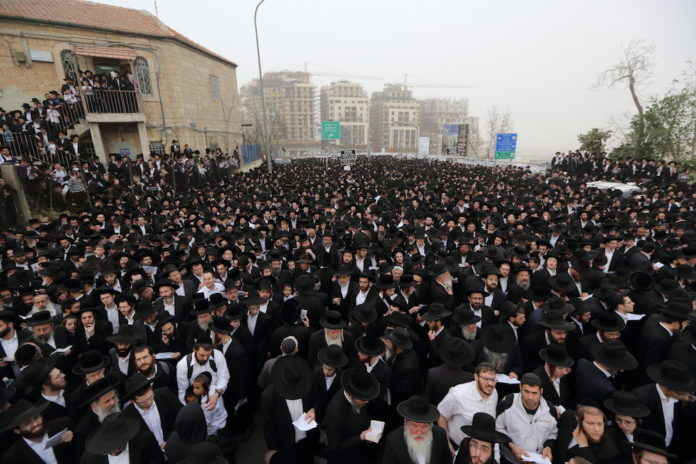 Young Chareidim in the Chassidish community who entered the workforce earn 15.4% more than their counterparts in the Litvish community, a study by the Taub Institute surprisingly reports. According to the study, young chassidic Yidden earn the most, with young Sephardic Jews in second place with an average income 9.5% below the Chassidim, with those of Lithuanian origin earning 15.4% less.

Another statistic points to differences in income between young chareidim who were born to an Israeli father and those born to a European father, with the benefit for Israelis 11% below the standard. In contrast, chareidi youngsters whose fathers were born in America earn an average of 7.8% more than young people who were born to an Israeli father. The survey’s authors explain that “it appears that among chareidim of American origin, the burden of livelihood on the husband is greater than the remainder of the chareidi sector, while the burden on the woman is smaller.”

Another surprising fact released in the poll is that among young chassidim, those affiliated with Chabad earn the most, with a projected income of 14.9% more on the average as compared to other chassidim.

The study authors also examined the average number of work hours in each of the sectors and reached a surprising figure, which may indicate possible wage discrimination.

“The difference between the sects apparently reflect a difference in the scope of the position as well as in the hourly wage, and young chassidim work more extensively than the Lithuanians, but less than the Chabadniks and similar to the Sephardim. Therefore, it appears chassidim earn a higher hourly wage than Sephardim.

A senior chareidi economist who spoke to ‘Kav Itona’ut’, analyzes the data: “First there is a small collapse here to the theory of Lithuanian elitism, but it does not constitute a ‘talent meter’ for every sector, There are two basic explanations that may explain the discrepancies and perhaps also reconcile some of the additional data in the study.

One is that in the Lithuanian sector, the higher quality boys, whose earning potential is higher because they can integrate into profitable income areas such as high-tech and the like, often remain in the kollel. In contrast, in the chassidic sector, the percentage of those who go to work is not dramatically different between those with talent and less talented, They contribute to a higher average income.

Another explanation he suggests is related to the assumption that a social network contributes to a person’s salary: “When a person is placed in a management position or a quality employment center, he tends to attract and bring in friends from his or her natural environment, because quantitatively there are more followers who are employed, In higher quality and more profitable employment centers will contribute to the level of wages, as compared to young people from the Lithuanian sector who go to the labor market and find themselves relatively isolated in terms of possibilities and supply”.

These two explanations also partially answer the gap between chassidic youths who have integrated into the job market for young people and those of Sephardi origin. “Many of the more talented Sephardic young people, including graduates of Sephardic yeshivas, tend to approach the Lithuanian community and remain at the kollel, perhaps less than in the Lithuanian sector itself, and therefore the salary level is not as low as among the Lithuanians but still lower than the chassidim”.

“How do we address the gap between Chabadnikim and other? Chabad Chassidim are open-minded and flexible to professions that have not yet penetrated the chareidi sector, and there is an over-awareness of the completion and study of liberal arts and academic subjects, which naturally contributes to the level of wages higher than in other chassidic sects, where this is unacceptable.”