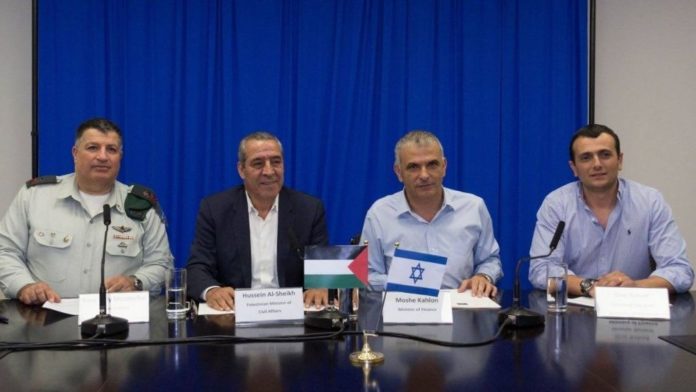 It is being called a “historic event”, that the PA (Palestinian Authority) debt to Israel Electric is finally being addressed and a payment scheduled set up.

Minister of Finance Moshe Kahlon: “The signing of the commercial agreement is a historic step that complements the agreement signed by the governments in September 2016. Strengthening economic cooperation between Israel and the PA is first and foremost an Israeli security interest. The agreement will secure future payments to IEC and strengthen its financial strength. I congratulate the negotiating teams on completing the mission.”

Minister of Energy, Dr. Yuval Steinitz: “In my meeting last year with Palestinian Prime Minister Hamdallah in Jenin, we agreed on the need to arrange the debt and to arrange relations between the IEC and the PA. The arrangement signed today is a breakthrough, both in terms of the steps to return the Palestinian debt to the IEC and the State of Israel, and also in terms of arranging future relations, in a manner that will prevent the formation of debts in the future. With the signing of the agreement, we will be able to move forward with the Palestinians to develop a modern electricity grid, based on the model of the secondary station we inaugurated in Jenin.”