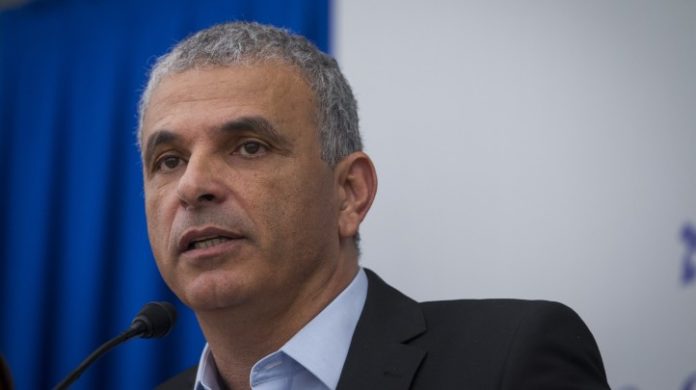 Finance Minister Moshe Kahlon on Sunday, 21 Iyar, visited with Gaza border farmers. And got a first-hand look at the damage caused to fields from burning kites sent over the border from Gaza.

Kahlon praised these farmers, who he said are on the front line, and he feels they must receive state compensation for their losses.

Regarding the Gazans who launch the fiery kites, he said they will be viewed the same as the terrorists who launch rockets, explaining these kites are an act of terrorism which is no less than launching a rocket in Israel.

In Gaza, terrorists in recent weeks have been teaching how to create such a kite to fly over southern Israel and destroy farmers’ fields.

Heads of local communities and regional councils accompanied the senior minister on his tour of the area.