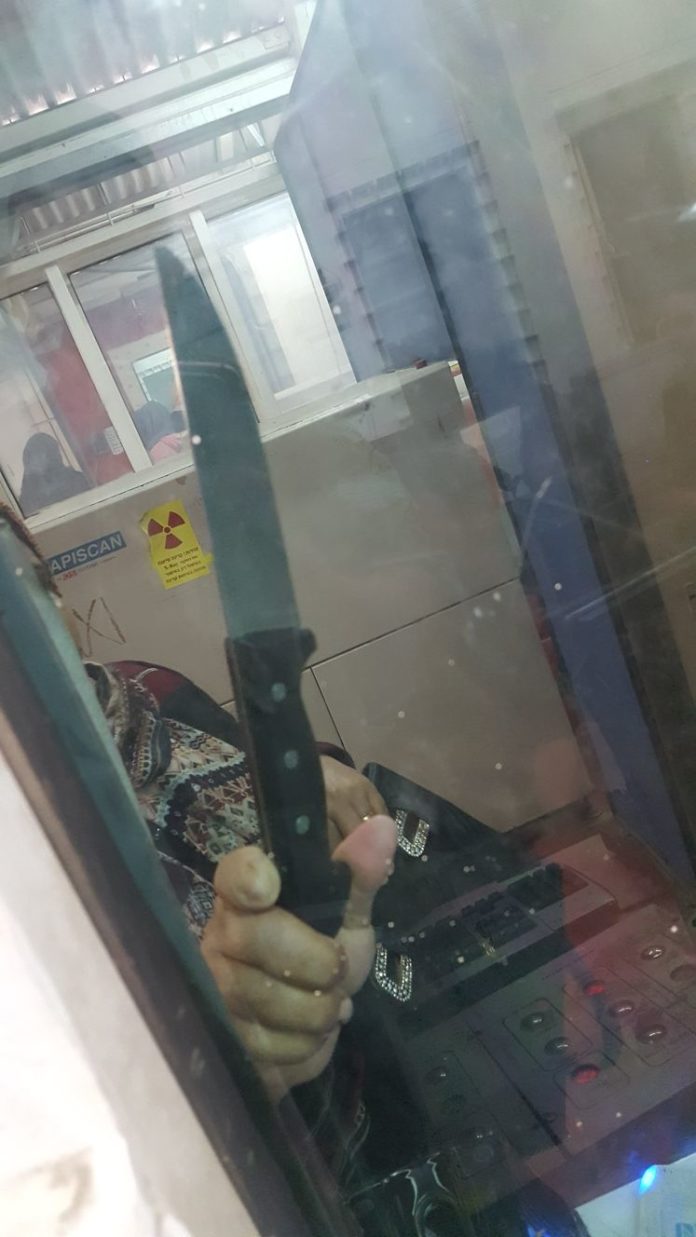 A 47-year-old female terrorist from Kfar Azariah arrived at the Kalandia checkpoint and was searched by security forces who found a knife in her bag. The knife was discovered on her person as she walked through the x-ray scanner. The woman was taken for questioning and reprimanded into police custody.

This most recent prevention of a terror attack was the latest in a series of attempts by Palestinian terrorists by the fighters in the border crossing unit and the IDF’s military police. Due to the awareness of their situation and their maintained readiness, they have succeeded at preventing attacks from being carried out in Israel.