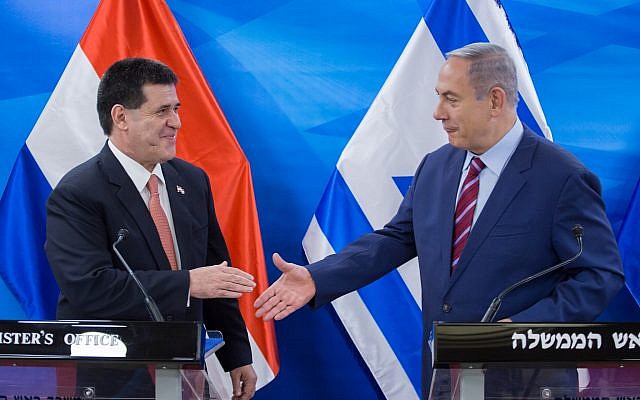 Government spokesman Mariano Mercado says Cartes will leave for the trip on Saturday.

The decision to move the embassy to Jerusalem has been controversial in Paraguay. It comes less than two months before Mario Abdo Benitez replaces Cartes, and the president-elect has said he wasn’t consulted.

Most countries maintain embassies in Tel Aviv and have balked at moving them.