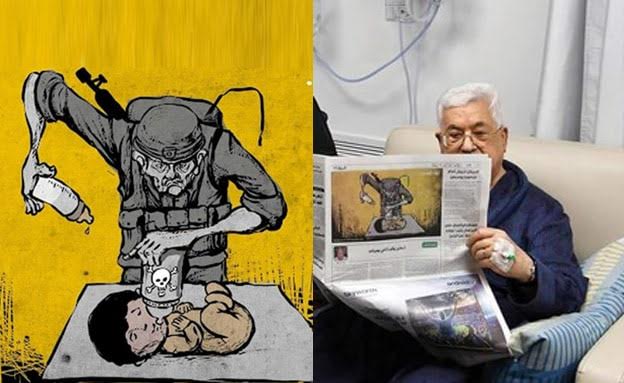 Palestinian Authority President Mahmoud Abbas posed for a photo on Tuesday that displays a horrifyingly anti-Semitic depiction of an Israeli soldier killing a Palestinian baby with a gas-filled milk-bottle.

The 83-year-old Abbas was in the hospital for a third day with pneumonia, and was filmed walking around the hospital to calm rumors that his condition was worse than being reported. One of the photos showed Abbas reading a newspaper with an Anti-Semitic cartoon on the front cover.

The cartoon, created by Arab cartoonist Muhammed Sabaaneh, portrays an Israeli soldier taking a milk bottle from a baby and replacing the bottle with poison. The illustration alludes to the death of eight-month-old Laila al-Ghandour, who was brought to violent Palestinian demonstrations at the Israel-Gaza border last week and died.

In a statement released today, Simon Wiesenthal Center leaders Rabbis Marvin Hier and Abraham Cooper have urged the governments of Germany and France to lead the European Union in condemning the weaponization of anti-Semitism by the Palestinians and their enablers in the media. The statement comes in response to Palestinian Authority President Mahmoud Abbas’ posing for a picture that displays a horrifyingly anti-Semitic depiction of an Israeli soldier killing a Palestinian baby with a gas-filled milk-bottle.

Abbas’ office published these photos showing him in hospital, in order to show that he is well.

Zoom in on the racist cartoon on the backpage of the PA’s OFFICIAL paper, reminiscent of Nazi cartoons.

The “moderate” leader made sure that anti-Semitism is alive & well in the PA. pic.twitter.com/wpIs5dl8aV

“Whatever Abu Mazen’s physical ailments, his latest prank—displaying a horrific cartoon depicting an Israeli soldier gassing a Palestinian baby—shows how deep the cancer of hatred the Palestinian Authority President harbors for the Jewish State, her people and values. The validation of that cartoon by him exposes how little difference there is between the PA and Hamas. Both continue to brainwash a new generation of children that Israelis are interlopers and latter-day Nazis.

“The big lie tactics, employed in the so-called marches of return, gained the Palestinians nothing of practical value, with the exception that the man in street in Turkey—and elsewhere in the Middle East—is convinced that Jews are baby killers, cold blooded murderers who deserve whatever terrorist or other bombing attacks are inflicted on Jews, inside Israel and/or around the world.” 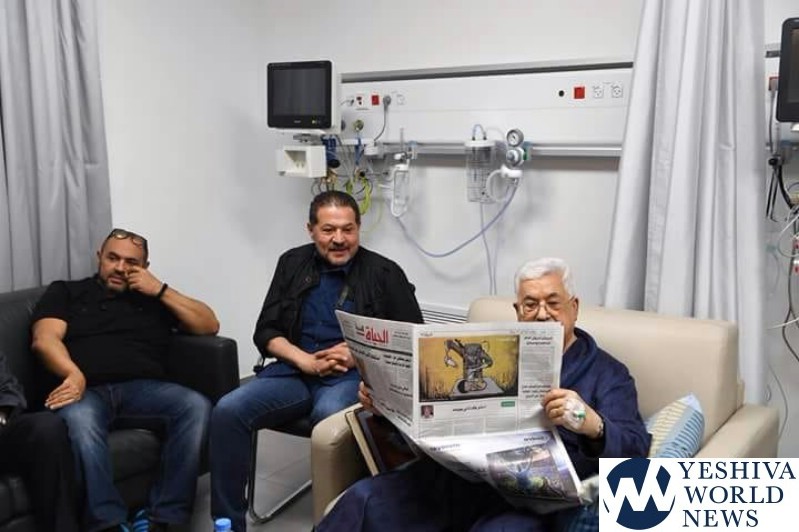 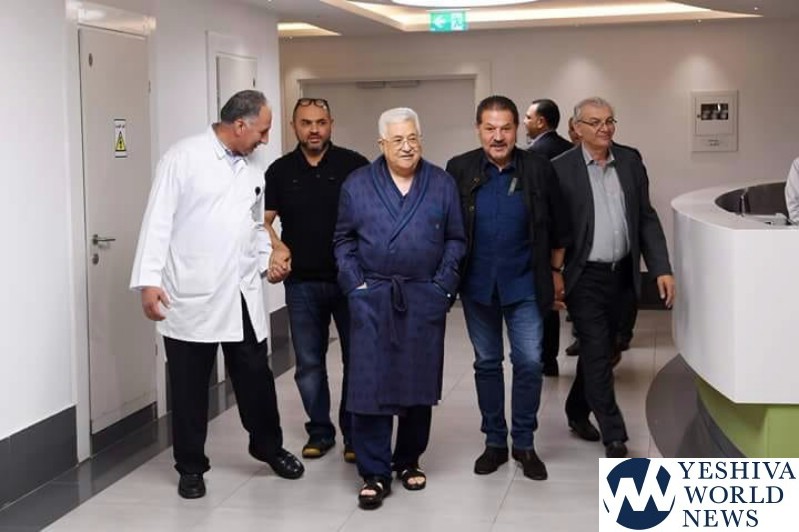