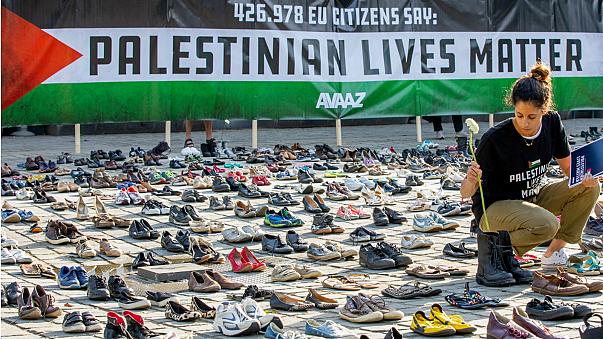 European Union foreign ministers gathering for a council in Brussels were greeted Monday by 4,500 pairs of empty shoes laid out on a city square to memorialize Palestinians killed by Israeli forces over the last decade, an epa-efe photojournalist in the Belgian capital reported.

The Palestinian Lives Matter protest was staged by the activist and petition website Avaaz in the Place Jean Rey outside the European Council building and called for a boycott of Israel.

Activists laid out 4,500 pairs of shoes in front of the European Union in Brussels today to represent every Palestinian killed by Israel in the last 10 years. (Photo credit: Avaaz) pic.twitter.com/v6zB0FRP7M