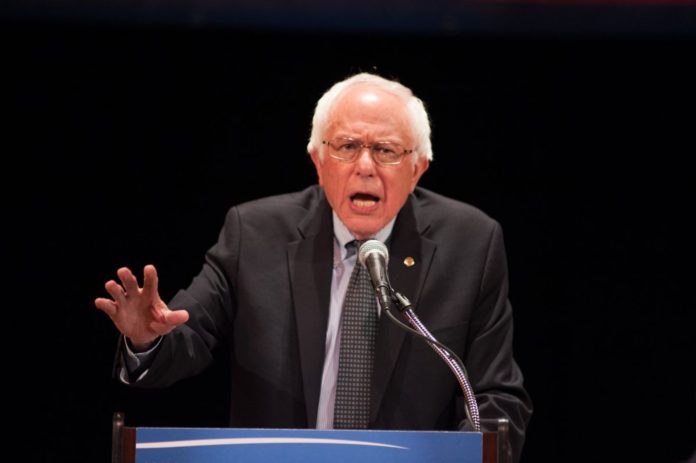 As reported on YWN, Hamas actually admitted that 50 of the 62 Palestinians killed on that day of violence were actually it’s members, many of whom were paid to engage in acts of terror against of Israel.

But that did’t sway Sanders, who is Jewish and lived on an Israeli Kibbutz in 1963.

As reported on YWN, in an interview with Deconstructed, Sanders said: “Instead of applauding Israel for its actions, Israel should be condemned. Israel has a right to security, but shooting unarmed protesters is not what it is about.”

However, the self-appointed defender of the innocent and expert on Middle East conflicts has chosen to remain silent as thousands of innocent Israelis were targeted by more than 100 rockets fired by Hamas terrorists from Gaza.

As reported on YWN, one of the rockets landed in front of a kindergarten, just minutes before the children were due to arrive.

Dozens of rockets were fired late at night, forcing thousands of Israelis to spend the night in protective shelters. Several rockets landed in people’s front yards, just feet from a catastrophe R”L.

Do the lives of innocent Israelis matter less than those of Palestinians engaged in acts of violence?

Lt. Col. Jonathan Conricus is reporting from the Israeli kindergarten that was hit by several mortars earlier this morning. The kindergarten is located in a kibbutz near the Gaza Strip pic.twitter.com/vZBa0y0UJm

Lt. Col. Jonathan Conricus is reporting from a civilian home that was hit by a rocket earlier this morning pic.twitter.com/3HsEyAO9ie

This illustration depicts the rockets and mortars that terrorist organizations in the Gaza Strip fired at Israeli civilians pic.twitter.com/kZvxyq5NkW

NOTE: The views expressed here are those of the author and do not necessarily represent or reflect the views of YWN. This post has been edited by YWN editors to appear better in publication.