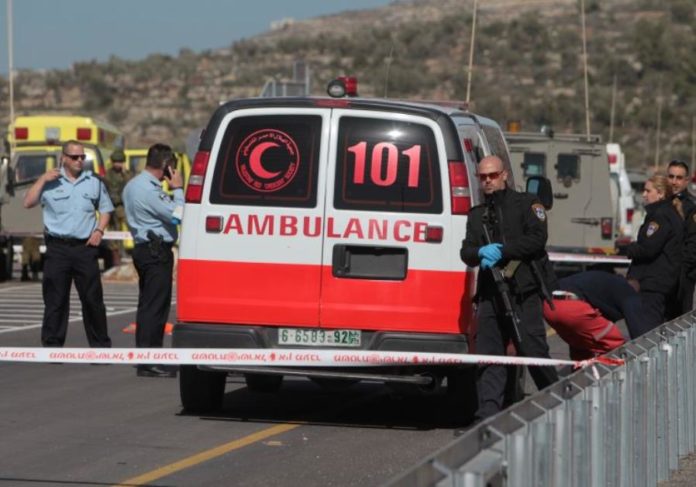 A pedestrian was struck by a Palestinian operated Red Crescent ambulance on Derech Chevron in Jerusalem on Wednesday, 16 Sivan. The accident occurred in the public transportation lane.

United Hatzalah officials on the scene reported the victim, a 65-year-old chareidi man, was treated for head injuries and injuries to his upper torso. He was transported to Hadassah Ein Kerem Hospital.

MDA officials report the call came in at 1:14PM for a struck pedestrian. He was reportedly in moderate condition at the time of transport according to paramedics.