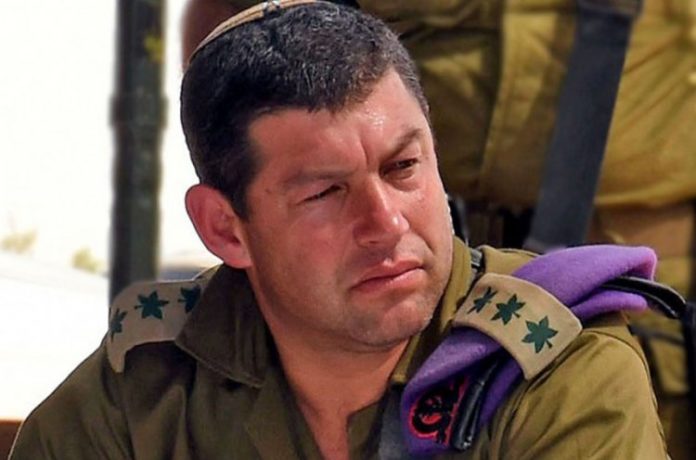 This is not accidental. This is not a professional decision at all. The decision of the IDF Chief of Staff Lt.-General Gadi Eizenkott, not to promote one of the best commanders today stems from only one reason: the left’s decision. The extreme left has long been deep-rooted within the IDF. The Mandel Foundation staff is educating the commanders, instilling a distorted left-wing perception and the arms of the New Israel Fund have long been running things in the army and also the General Staff.

The left does not want religious personnel in the army. Since Eizenkott has assumed command of the military, the situation for religious soldiers and officers has worsened.

For him, the exclusion of tradition is important to the security of Israel. The current agenda includes removal of beards, introduction of women combatants, women in mixed units, and less tolerance for mesora and halacha. Putting women into combat positions and lowering the operational threshold, to the point of damaging military capability, is more important than strengthening the ranks. Women in tanks, gender promotion, joint services for soldiers and female soldiers, the introduction of delusional content into the IDF’s education system, the introduction of left-wing bodies to lectures and the education of fighters, and more – this is the agenda of the IDF’s security establishment and its top commander.

On Sunday night, a group of journalists sat and talked about the expected round of appointments. On the topic of many was the future of Brigadier-General Ofir Winter, the recipient of medals of valor, and according to some, the best senior commander in the military today. However, to many it was clear he was not going to be promoted due to his kippa and openly right-wing views, and making things worse, his open expression of emunah in HKBH. Instead of boasting about it, the IDF is spitting on it, humiliating it, humiliating religion and tradition.

Winter’s battle spirit does not fit the IDF vision. It is incompatible with the Left’s vision of spoiling our enemies with a basket of benefits, responding little to the enemy, throwing fighters who risk their lives for all of us directly behind bars. The spirit of the IDF today is the spirit of Eizenkott’s deputy until recently, Yair Golan, who said that he identifies the processes of Nazi Germany in our country.

As was expected, he was passed over in the round of senior promotions. Clearly, this is the chief of staff’s attempt to get Ofir Winter out of the army and in other words to depose him is identical to the left’s attempts to topple Prime Minister Binyamin Netanyahu.

Using Twitter to get his message out, MK (Bayit Yehudi) Betzalel Smotrich tweeted, “If I were Ofir Winter I would take off my uniform and go to civilian life, for a system that does not know how to appreciate him is not worthy of him…. Civilians undoubtedly will know how to appreciate their qualities and adopt them with both hands, and he can contribute greatly to the state and the people in any framework he chooses and to leave the political dust to the army. The General Staff table is void of kippot.”

Among those promoted is a Druse officer as well who lives a toeiva lifestyle. Not a single officer who wears a kippa however.