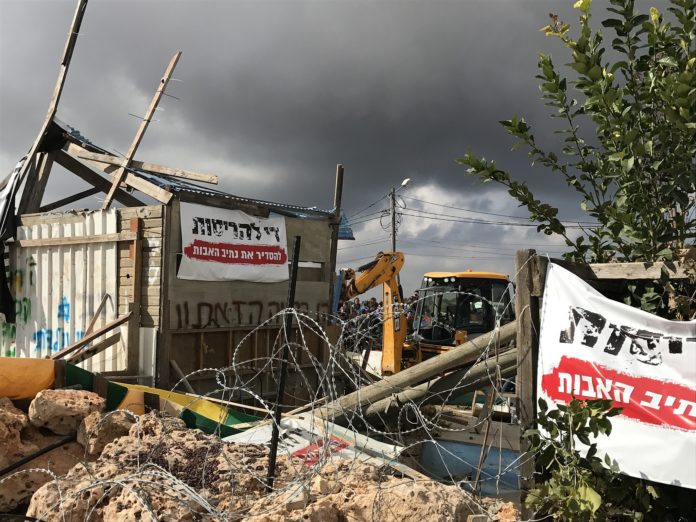 Authorities on Wednesday, 1 Rosh Chodesh Tammuz, arrested a number of boys and a young man who reportedly attacked police as state authorities arrived at Netiv HaAvot to begin the demolition of fifteen homes. According to police, one of the policemen was moderately injured.

The homes were evacuated on Tuesday, with the official eviction in compliance with the High Court of Justice ruling, the court’s response to Arab claims that a small portion of the land is not state land, but Arab-owned. While the land dispute has not been adjudicated, the court ordered the families in the neighborhood of Yishuv Elazar in Gush Etzion out of their homes R”L.