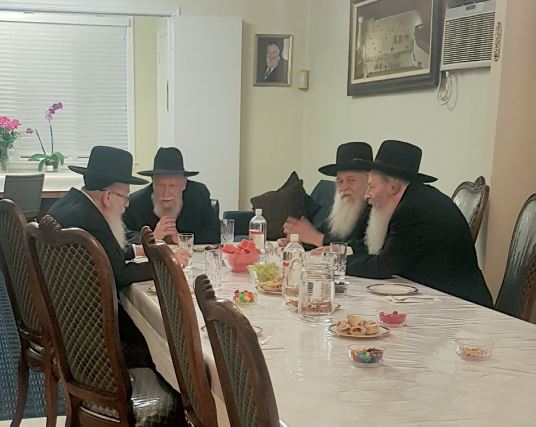 On Monday, just before the outline for the new Chareidi IDF conscription law was published and created an outrage, Deputy Health Minister Yaakov Litzman met with four Rabbanim in America – two of them in the Moetzes Gadolei Hatorah of Agudath Israel in America.

According to a report by BeChadrei Charedim, Litzman attended the “secret meeting” with the Rabbonim at the Flatbush home of HaRav Yosef Harari Raful, the Rosh Yeshiva of Ateret Torah.

The other attendees, included HaRav Elya Ber Wachtfogel, Rosh Yeshiva in South Fallsburg, HaRav Malkiel Kotler, Rosh Yeshiva of BMG, and one other Rosh Yeshiva. Litzman for his part claimed, that everything that he as doing and working on, including the conscription law, is passed in front of the Moetzes in Eretz Yisroel.

Litzman said, that in spite of what the American Rabbonim may have heard, there is no threat of mass Chareidi enlistment. The gathered Rabbonim tried to put pressure on Litzman to vote against the bill. Litzman responded that he doesn’t know what is being included in the final proposal and therefore “can’t vote against it until I see it”.

The Mishpacha Magazine in Israel published an article about this meeting as well. It is inserted below with permission: 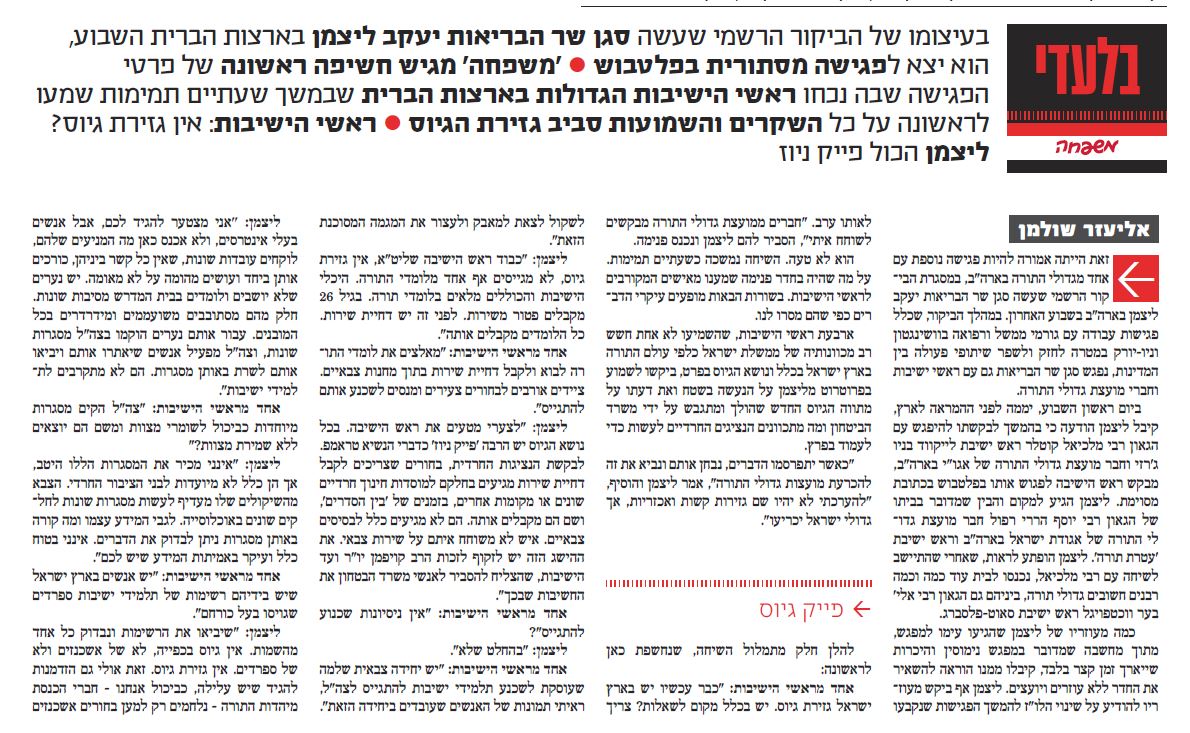 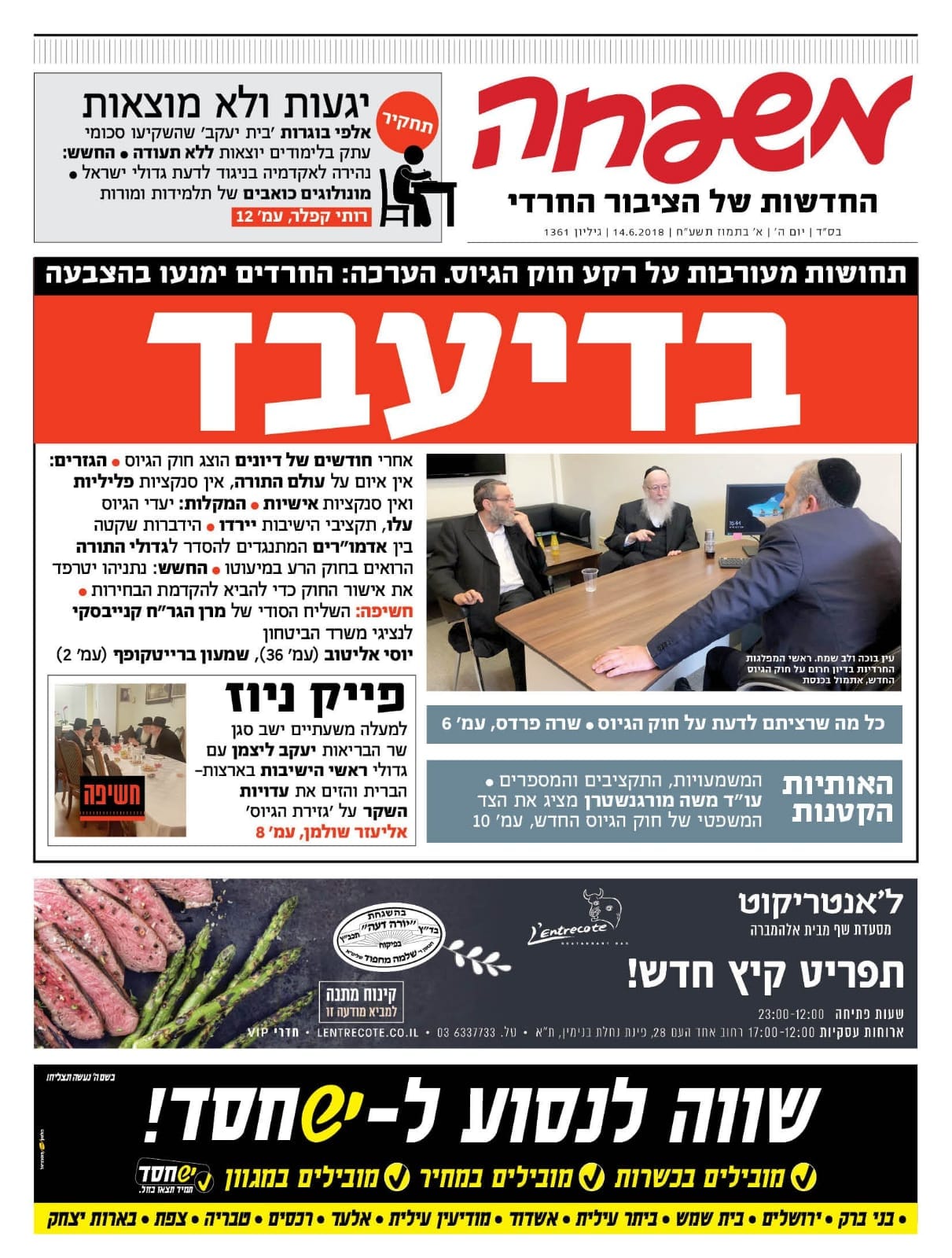 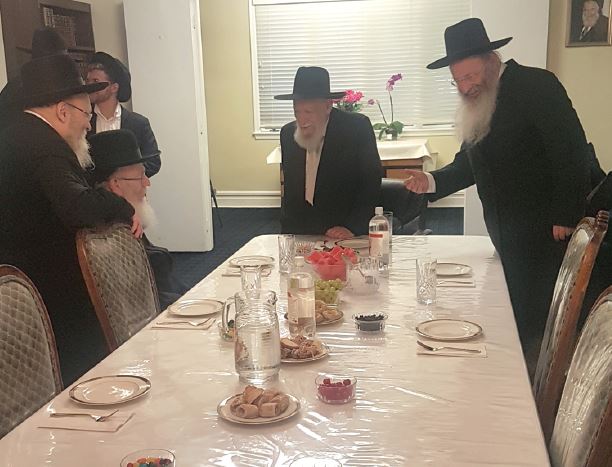