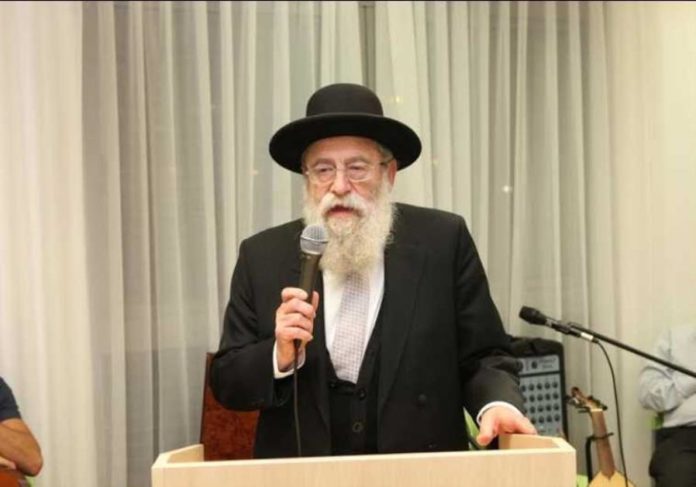 Jerusalem Chief Ashkenazi Rabbi Aryeh Stern Shlita has sent a letter to Minister of Culture & Sports (Likud) Miri Regev, asking her to forgo on Israel’s scheduled hosting of Eurovision next year. Israel won the song competition this year, and as such, Israel is set to host it next year.

In his letter, the rav admits he is not expert in the particulars of what is required to host the international singing competition but understands it does involve considerable Chilul Shabbos as well as “actions that demand massive Chilul Shabbos”.

The rav explains that instead of Chilul Shabbos, the State of Israel can make a tremendous Kiddush Hashem by passing by on the “zechus” of hosting such an event, which is viewed as prestigious in the eyes of the international community.

The rav concludes he turns to the minister in the name of “hundreds of thousands of Israelis of all walks of life to whom Shabbos is close to their hearts”. 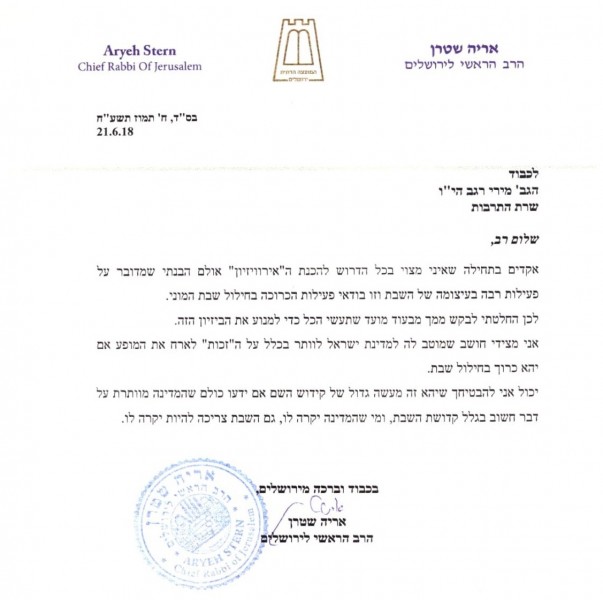