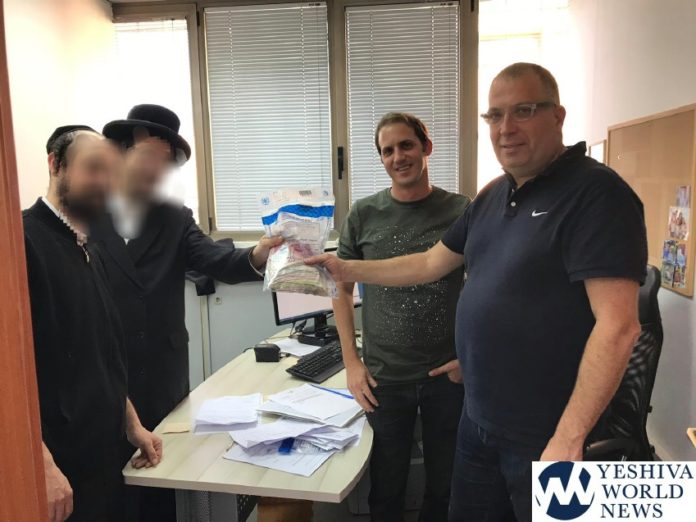 Last weekend, Israel Police arrested a 15-year-old resident of Central Israel who admitted to breaking into the Vishnitz Seminar located on Tal Chaim Street in Bnei Brak and stole tens of thousands of shekels in cash.

Police conducted an investigation in recent weeks after receiving the report of the break-in and theft of the money, leading to the suspect, who admitted to his actions.

Police on Sunday returned the money to heads of the school, who were grateful for their professional and successful investigation.