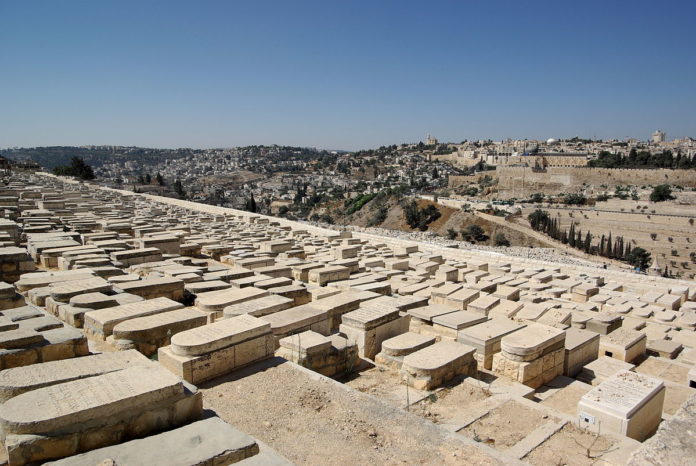 The Knesset yesterday approved an additional allocation of NIS 900,000 for security on Har Hazeisim. The appropriation accedes to the requests of MK Moshe Gafni (Yahadut Hatorah), chairman of the Knesset Finance Committee. The new funds will be channeled through the Ministry of Religion, which provides additional private security personnel on Har Hazeisim. Mr. Gafni informed the ICHH that he has periodically responded to the requests of the International Committee for Har Hazeisim (ICHH) and that he was pleased to add an additional layer of security to the much-improved security situation in the holy cemetery.

Avrohom Lubinsky, chairman of the ICHH praised MK Gafni for his initiative. “It is extremely encouraging that the Knesset understands the importance of constantly upgrading security, which has been the main focus of the intensive efforts of our international committee,” he said. “MK Gafni has periodically made similar allocations and has reiterated his strong support for maximum security on Har Hazeisim, for which we are extremely grateful.”

More than half of Israel’s Knesset, representing every political faction, except for the Arab list, is part of a Knesset caucus on the security and development of Har Hazeisim. The caucus was launched by MK Yuli Edelstein, the Speaker of the Knesset, at a meeting of the leadership of the International Committee for the Preservation of Har Hazeisim (ICPHH) that included its founding chairman Avrohom Lubinsky and Malcolm Hoenlein, the Vice Chairman of the Conference of Presidents of Major American Jewish Organizations at a meeting in 2017. MK Edelstein appointed MK Rabbi Yoav ben Zur (Shas), as the head of the caucus. Rabbi be Zur has been extremely active in promoting the agenda of Har Hazeisim.

Mr. Lubinsky calls the ongoing Knesset support for the security of Har Hazeisim a great ICHH accomplishment that is “best seen on the ground as more and more people visit the holy cemetery.” Thousands of Jews are now routinely visiting Har Hazeisim after years of being subjected to violence and vandalism. Police estimates are that some 2500 people visit daily as compared to 200 in 2014. This does not include the tens of thousands who visit on the yahrzeit of such giants as the Ohr Hachaim.

Har Hazeisim is the oldest surviving Jewish cemetery in the world, dating back over 3,000 years and is the resting place for over 150,000 Jews. Despite being in Israeli hands, the cemetery remained largely neglected until May 2010 when Israel’s State Controller Micha Lindenstrauss issued a stinging report on the neglect and abuse of one of Judaism’s holiest sites. This shocking report prompted Avrohom Lubinsky, a Brooklyn NY businessman, to create the International Committee for Har Hazeisim, which now has chapters in New York, Los Angles, Jerusalem, Toronto, London and Amsterdam. Since then, Har Hazeisim has once again become secure due an onsite police station, garrison of border police, 173 cameras, and fencing throughout the mountain. TheICHH is planning to build a Visitor Educational Center in a joint project with the national and municipal government. It is also hoping to restore some 23,000 graves destroyed during the Jordanian occupation (1048-1967), and continue its efforts to upgrade security, improve maintenance, and embark on other infra -structure projects.