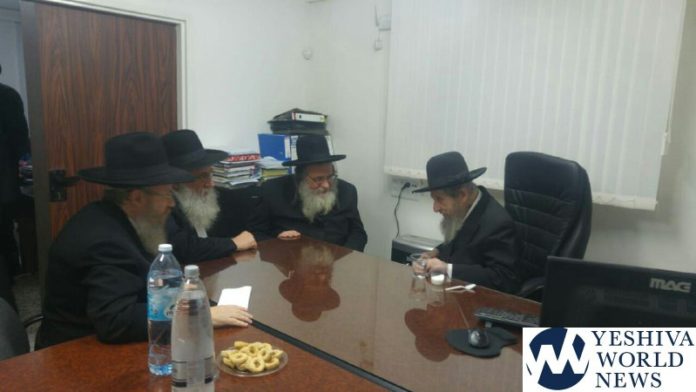 As the countdown to the end of the “Toraso Umnaso” agreement comes to its end this Sunday, Roshei Yeshivos from the Vaad Hayeshivos gathered together in an emergency meeting on Thursday night in Yerushalayim to discuss the ramifications of the end of the agreement and the lack of a draft law in its place.

It is yet unclear whether the High Court of Justice will grant the government’s request to defer the absolvement of the agreement, and extend it by another four months.

The Roshei Yeshiva gathered spoke at length about the proposed draft law and the status of Talmidei Yeshiva whose deferrals will all run out in less than 72 hours.

Hagaon HaRav Gershon Edelstein, the Rosh Yeshiva of Ponavezh asked to hold the meeting this evening in order to form a consensus regarding what to do. Other Roshei Yeshiva who attended were Hagaon HaRav Dov Landau, Hagaon HaRav Shaul Alter of Gur, HaRav Baruch Soloveitchik and HaRav Chaim Aharon Kaufman.