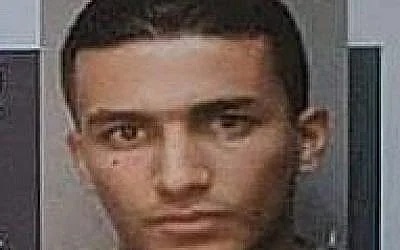 After a two month manhunt, the IDF eliminated the terrorist wanted in the Barkan attack which left two Israelis dead.

Ashraf Na’alowa, was killed early Thursday morning by Israeli security forces as they tried to arrest him near Nablus (Shechem).

Involved in the operation was the IDF, Shin Bet and Israel police. He was armed at the time he was shot.

The two victims in the terrorist shooting attack in the Barkan Industrial Park were 28-year-old Kim Levengrond-Yehezkel HY”D and 35-year-old Ziv Hajbi H”YD, both parents of young children.

Both had worked at Alon Group, which manufactures waste management systems, at the Barkan Industrial Park, located near Ariel in the Northern Shomron. Levengrond-Yehezkel was secretary to the CEO and was studying for the bar exam, while Hajbi worked in accounting.

Asraf, a 23-year-old Palestinian man, was also employed at Alon Group as an electrician. He arrived at the factory shortly before 8:00AM the day of the attack, armed with a locally produced Carlo-style submachine gun. Both Yehezkel and Hajbi were bound before being shot dead by the terrorist at close range.

The terrorist fled the scene, still armed with his automatic weapon. The manhunt lasted two months until he was shot and killed early Thursday morning.

Na’alowa was the second suspected terrorist killed in a matter of hours.

Late Wednesday, Israeli forces killed Salih Omar Barghouti, who was suspcted of carrying out the drive-by shooting attack at a bus stop outside of Ofra on Sunday night, hitting a 30-weeks pregnant woman who was seriously injured. The baby was delivered in an emergency operation, but died earlier Wednesday.