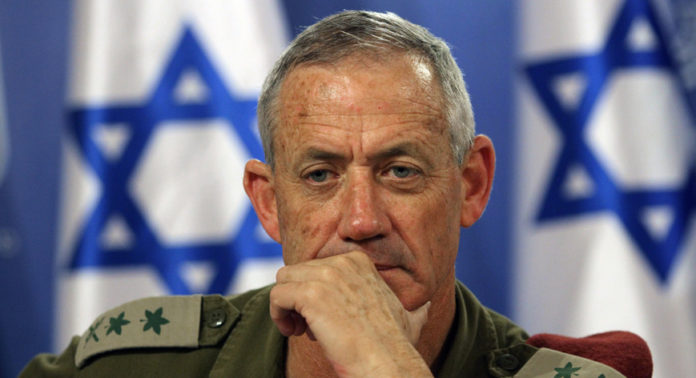 Before taking a hiatus from political life in 2014, at the height of popularity, holding the second-place slot on the Likud ticket. Many viewed him as Prime Minister Binyamin Netanyahu’s natural successor.

It is now clear that Saar is making a comeback, having announced he will compete in the Likud primaries, telling the media, “Likud is my home. I don’t believe in politics of party fragments or movement between parties. I believe in large parties, he stated at the 2019 Forecast Kalkalist Conference.

Regarding the expected entry of former IDF Chief Benny Gantz into the political arena, Saar warned, “I have not met with Gantz of late. If he holds his discussions saying he does not rule out teaming with the party of Yair Lapid for example, so he probably does not belong to our side. He’s probably not on our side. A person must have a clear identity card of his views, and this should be clear to the public.”

Saar refused to say what role he wanted to serve in the next government: “I do not deal with this. With my experience in political life, you will always receive the portfolio you did not plan for.” On his relations with Prime Minister Binyamin Netanyahu, who has known quite a few potholes in recent years, he said: “I worked with Netanyahu in the past and I can work with him in the future.”

Following Saar was Opposition Leader MK Tzipi Livni, who attacked the right-wing government, said: “They gave Bibi Hamas and he paid them. They gave Lieberman the defense portfolio, and he could not provide a solution. And now Bennet repeats that mantra in which there is nothing.”

In her words, “One must not remain silent. This is an emergency. Everyone has to choose a party. A revolution will not happen in silence or in a wink or in acquiescence to what is happening. Only those who commit themselves to the path can lead. I admit that I dreamed of this moment in which a number of leaders who believe in what I have just said stand together on one platform and join hands and commit themselves to this path – and this is the real brotherhood.”

Yesh Atid party chairman MK Yair Lapid said, “Tzipi spoke well,” but when asked if he would offer her cooperation, he replied: “You do not have to exaggerate.” Lapid was asked about cooperating with Naftali Bennet after the elections and replied: “This is hypothetical. I do not deal with interpretation. I am not a commentator, I am a candidate for prime minister.”

According to Lapid, “There is no center-left bloc. The center is a majority of the citizens of the State of Israel who are Zionist and care for them and want a rule of law. Within the center there is room for connections, and it is possible to imagine that there may be connections.” However, he made it clear that he would not offer Ganz the first place: “I will lead Yesh Atid in this election and I will be the candidate for prime minister in these elections. Anyone who knows me knows that this is a farce.”