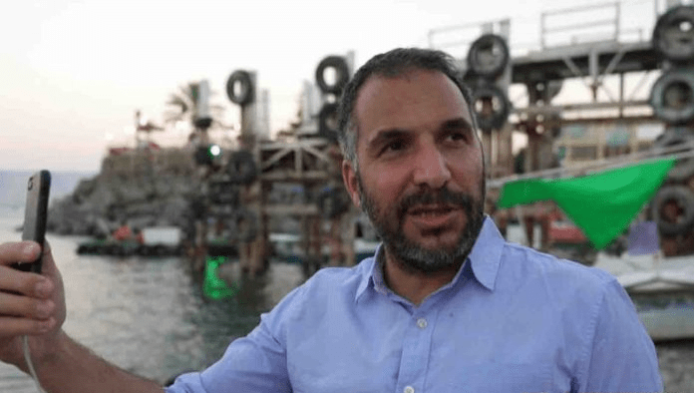 Well, it appears Tiveria Mayor Ron Kobi has not only angered the chareidim in the city, but the Muslim population as well. On Monday, Ron Kobi arrived at a 300-year-old structure in the city, together with artist Ilana Gur and her husband. The building is on the shore of the Kinneret, closed by external walls which divide from the boardwalk and the property for the past fifty years or so.

Ron Kobi ordered municipal employees to break through the wall, and then a fence that is present. The mayor and city employees entered the building, which appeared abandoned as one would expect, but the mayor said, “We will build a museum here or a community center for children. It was not hot here in the summer because of the thick walls, and now we have a budget of NIS 700,000 for the establishment of games for children, and this is a suitable place.”

The mayor opened a Facebook broadcast from the entrance to the building and wrote: “Hallelukah, we opened the ancient Tiveria Museum … We are beginning to renovate and make order.

Hours after the entrance to the building, it turned out that it was once a mosque that has not been active for hundreds of years ago and closed, but according to the Arabs it is a holy place for Islam.

MK Masud Ghanim, from the Arab List, arrived within hours and protested the break-in to the “holy area.” Ghanim came to the Tiveria Municipality to talk to the mayor and after he did not meet him, The sent a letter to the mayor, the Antiquities Authority and Interior Minister Aryeh Deri.

“The testimonies and the things that the municipal employees gave me at the site contradict the promises I received today from people in your municipality office who told me that the purpose of the works on the ground is just to clean the place.”

The Arab MK added, “the Al-Bahri Mosque is a historic site sacred to Muslims and turning it into a museum is a religious affront to the sensitivities of Muslim believers and contrary to the right to preserve holy sites.”

It should be noted that the mayor arrived at the old building accompanied by a well-known chareidi personality – Moti Fried, a member of the Belz Hassidism and chairman of Sa’ad & U’Marpeh (סעד ומרפא), whom he presented as someone who helps him.

Kikar Shabbos News asked him what he was doing there alongside Mayor Kobi, with Fried responding “I am not a private person, but a public one, working to help Yidden 24-hours a day, and friendship with this individual or another is linked to ongoing efforts to assist Am Yisrael”.

City Councilman Refael Treblasi said, “It’s time for the mayor to act responsibly towards the public and begin taking care of the residents of Tiveria and not just seeking false headlines. The mayor continues with his divide and conquer methodology between the different populations in the city. To date, he has been dealing with the rift between the chareidim and the secular, and today, he is in the midst of a rift with the people. I wonder what the end will be?”

The report adds that the mayor’s office did not respond to the report.

As the anger against the mayor continue in the chareidi community, some took part in the recitation of the ‘Pulsa Dnura’ tefilla against Mayor Kobi. The recitation was around the kever of the mayor’s grandfather, Chacham Machluf Kobi ZT”L.