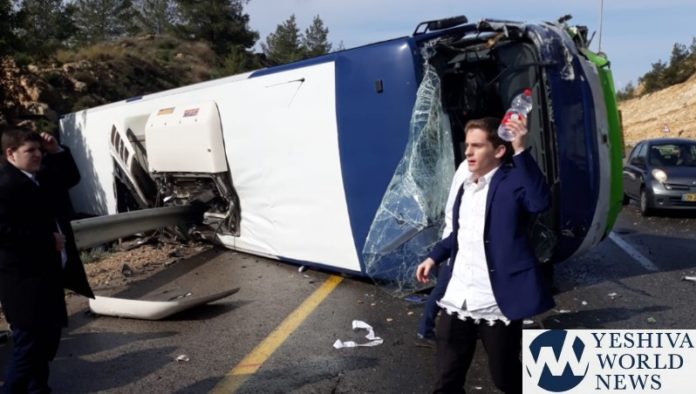 The attached footage was taken literally seconds after the horrific crash on Route 443 on Sunday morning, which claimed the life of two Chareidi women and left 41 injured – some of them critically.

Watch as dazed and stunned Yeshiva Bochrim who were passengers on the bus literally crawl out of the front window of the bus, and escape the carnage behind them.

One Yeshiva Bochur is seen waving his hands, trying to stop the next passing vehicle to seek help.

Judge Rules Mary Trump Can Publicize Book About Her Uncle