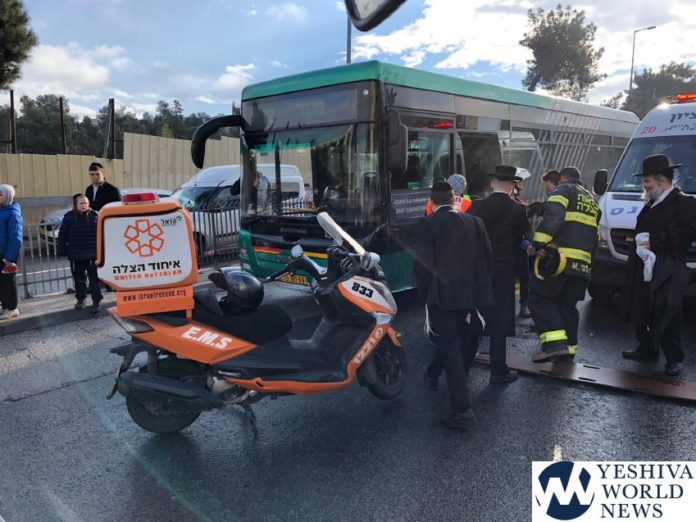 Magen David Adom reported on Monday morning, February 11, 2019, that a man in his 80s was in moderate-to-serious condition when transported with head and thoracic injuries as a result of being struck by a bus on Golda Meir Boulevard.

The incident occurred shortly after 8:00AM, when the elderly man was hit by a bus and was literally pinned the bus until he was pulled out from underneath by citizens, who began assisting him.

EMS personnel from both MDA and United Hatzalah arrived on the scene moments later.

Details of the accident are not released. The man was transported by paramedics to the trauma unit of Hadassah Ein Kerem Hospital in the city. 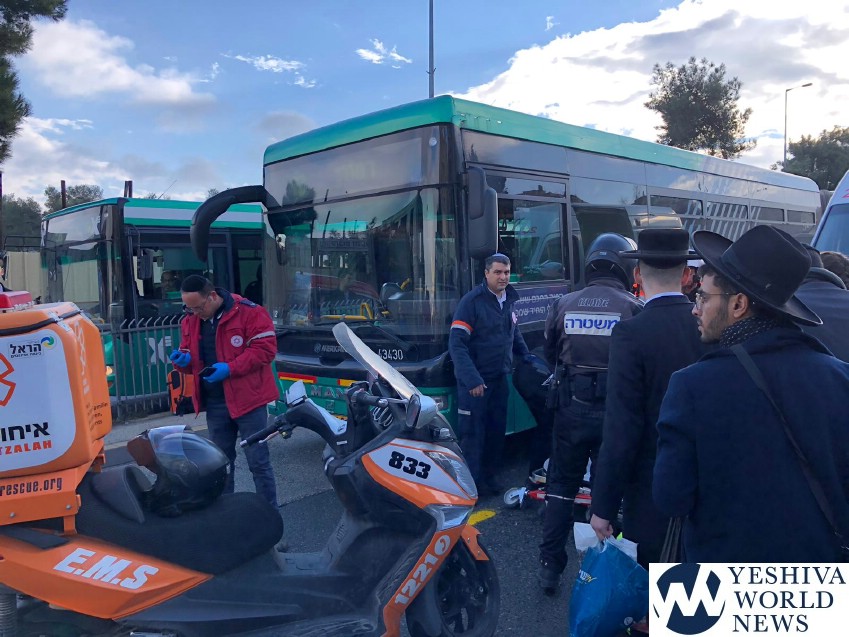