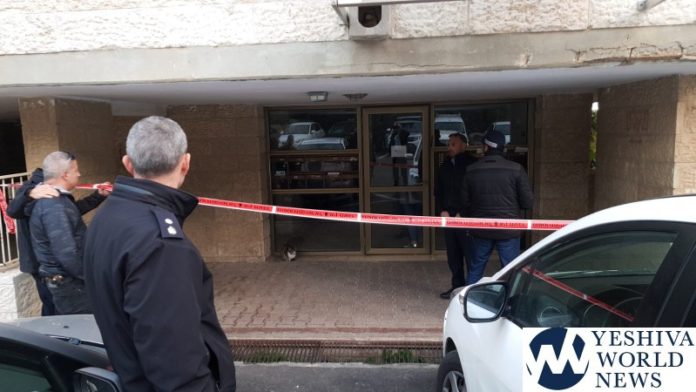 “This is a KGB regime. Hashem Yerachem!” commented the chief suspect in the double murder of the elderly Kaduri couple of Jerusalem, who this week was released to house arrest. The suspect, a chareidi man, was released, KAN News correspondent Yaarah Shapira reported earlier in the week.

Mr. and Mrs. Yehuda (71) and Tamar (68) Kaduri were found murdered in their Jerusalem home, in the Armon HaNatziv neighborhood.

During a shiur Torah he was giving, the suspect who was released, a relative of the married couple, commented, “I told my wife that other than putting a number on my arm, they have done about everything else.”

One of the participants asked if the rav feels that if he was not a Chareidi, he would not have been put through the same ordeal. The rav responded that he does believe this to be the case.

He added, “to my sorrow, I was subjected to a most difficult reality”. He then continued and explained that he believes the murder of the elderly couple was a nationalistic attack.

He told the participants in that shiur that he has been in the valley of death, but did not fear, because he knew HKBH was with him all along. In addition, he feels that he received a tremendous chizuk from Am Yisrael.

The rabbi thanked all those present, adding that B’ezras Hashem, in time, the truth will become evident to all, as “HKBH does chessed with us”.

Rav ‘Kof’ is the primary suspect in the double murder of the couple, and he has been released from prison, to house arrest. As he left jail, he reportedly broke down crying saying, “I just want to see my children.”

His attorney told the press from the onset that his client is absolutely no connection to the horrific double murder. His attorney adds that he told us to police and to the court. The attorney concluded that the arrest and the subsequent allegations against his client have ruined his life and that of his family.