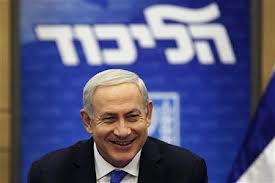 The latest Walla News election poll, released on Tuesday, March 19, 2019, shows if the election for 21st Knesset was held today, Likud would emerge the largest party with 32 seats.

The poll was taken by Panel Politics headed by Menachem Lazar together with Walla, involving 998 participants representing a cross-section of the Israeli and Arab voting public. The margin of error is +/- 3.4%.

Lazar points out that this marks the first time Blue and White drops below 30 since being established, and this is most significant, with Election Day being April 9, 2019.

This leaves the right-wing bloc with 68 [ including Feiglin and his Zehut party] and the left-wing bloc with only 52. Even if Feiglin does not recommend Netanyahu for the presidential mandate, Netanyahu maintains the majority, nonetheless.

Who is most suited to serve as prime minister?
46% Netanyahu
28% Gantz
18% Neither

Should Netanyahu be questioned regarding the submarine affair?
47% of the general public: investigate him as Gantz is demanding
35% remain opposed
19% no opinion

Among Likud voters
66% oppose Blue & White demands for an investigation
14% are in agreement, to investigate
20% no opinion 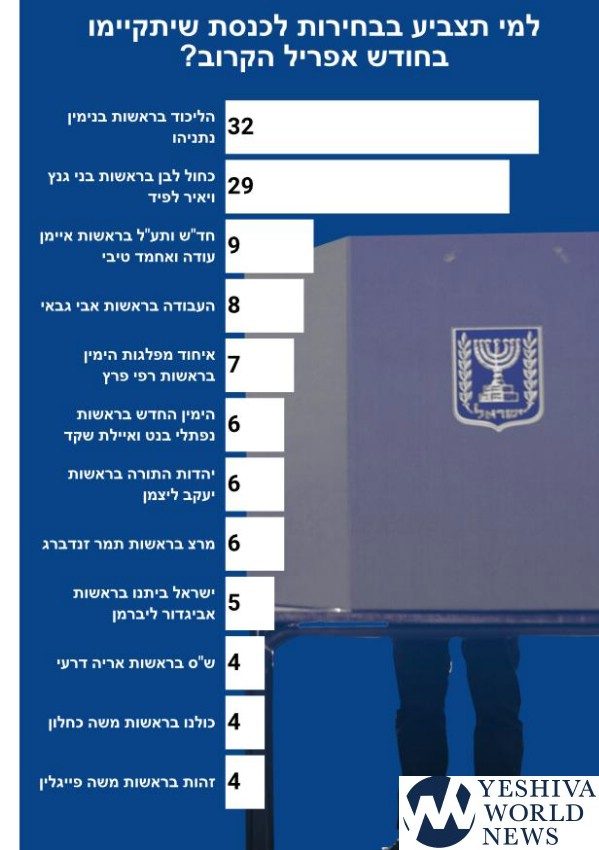