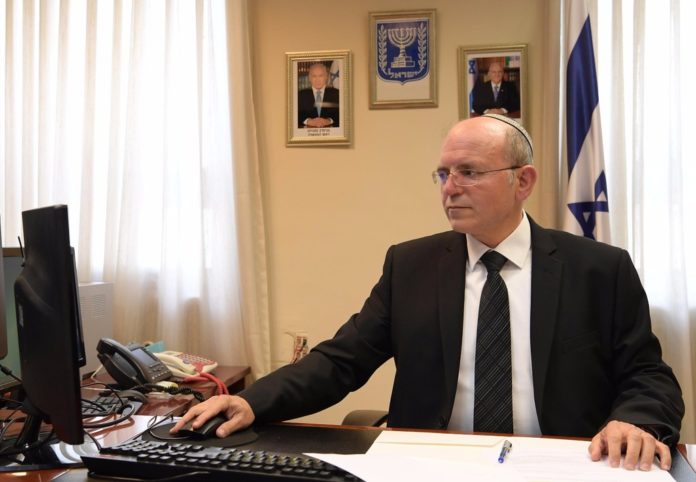 Israel National Security Advisor Meir Ben-Shabbat is scheduled to meet with his US counterpart, John Bolton, to permit the two to discuss the Iranian threat and Iran’s continued effort to establish its presence in both Lebanon and Syria.

Bolton tweeted that he looks forward to the meeting, set for Tuesday, April 16, 2019, and that there is much to discuss regarding ‘Iranian malign activity and other destabilizing actors in the Middle East and around the world”.

KAN News added that China is on the agenda too, as the Trump administration is becoming growlingly concerned over China’s investing in Israeli infrastructure projects, which does not find favor with President Donald Trump. It is implied that Israeli’s continued close ties with China may negatively impact Jerusalem’s unprecedently good relationship with the White House. The report adds that a delegation is traveling to the USA to participate in the meeting, including representatives of the IDF and Mossad.

Bolton, during his tenure as US Ambassador to the UN, was a staunch outspoken ally of Israel, and like Prime Minister Binyamin Netanyahu, has warned repeatedly of Iran’s tenacious efforts to establish a military foothold in Lebanon and Syria. He continues that same policy today a America’s National Security Advisor.

Looking forward to meeting with Israeli National Security Advisor Meir Ben-Shabbat tomorrow. We have much to discuss, including our shared commitment to countering Iranian malign activity & other destabilizing actors in the Middle East & around the world.