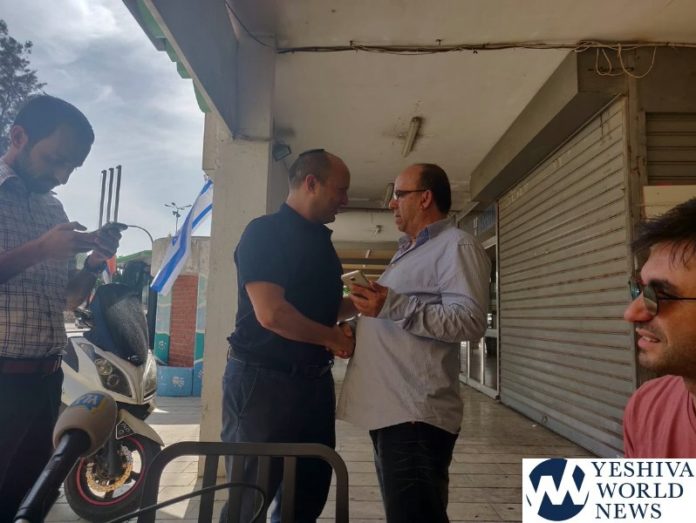 Outgoing cabinet minister Naftali Bennet, a member of the current Security Cabinet, did not attend the Sunday session as Hamas continues to fire rockets into Israeli civilian population centers indiscriminately.

Bennet, who was in Ashkelon, explains “They are familiar with my position and my plan, and as such, it is more important to be here” as he tries to give chizuk to residents of Ashkelon, who have been hit hard since the latest round of Hamas warfare began on Friday night. A factory was hit earlier in the day and two persons were killed as a result of that attack.

In the past, Bennet has been an outspoken critic of Prime Minister/Defense Minister Binyamin Netanyahu and his policies vis-à-vis Hamas rocket fire into Israel over recent years. Bennet feels Israel has lost its deterrence and it is critical to hit Hamas far more seriously than Israel has been doing in the past as well as taking other measures.

Bennet, who heads the New Right party, failed to pass the electoral threshold and as such, he and his party, including outgoing Justice Minister Ayelet Shaked, will not be in the 21st Knesset.