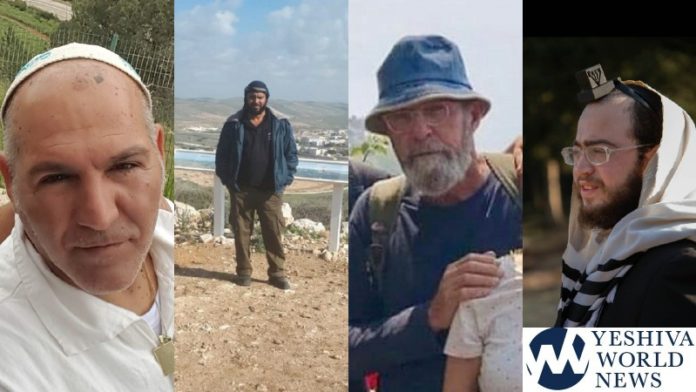 The death toll since the rocket fire from Gaza began on Erev Shabbos has R”L climbed to four, as an additional three Israelis were R”L killed from Gaza rockets on Sunday. Over 300 rockets have been fired since noon Sunday, and sirens continue to sound, forcing hundreds of thousands of Israelis into bomb shelters.

Moshe Agadi H”YD, a 58-year-old father of four, was killed early Sunday when a rocket landed next to his home in Ashkelon in the middle of the night.

68-year-old Moshe Feder HY”D, a Kfar Saba resident, was fatally wounded when a Kornet anti-tank guided missile slammed into his car as he was driving along the Route 34 highway near the community of Kibbutz Erez just north of the Gaza border. He sustained a serious shrapnel wound to the leg, causing significant blood loss. Feder was pronounced dead at Ashkelon’s Barzilai Medical Center after CPR efforts failed. The Hamas terror group claimed responsibility for the attack.

Feder is survived by two children and his fiance Iris Eden.

ANIMALS: #Hamas shared footage of the anti-tank missile fired at a #civilian vehicle in #Ashkelon, killing the innocent #Israeli driver. . He was identified as 68-year-old Moshe Feder HY”D, a #KfarSaba resident. He is survived by two children and his fiance Iris Eden. . The attack took place on the Route 34 highway near the community of Kibbutz Erez just north of the #Gaza border. He sustained a serious shrapnel wound to the leg, causing significant blood loss. He was pronounced dead at Ashkelon’s Barzilai Medical Center after CPR efforts failed.

Another victim from a rocket attack in Ashkelon was identified as Ziad al-Hamamda, 47.

A Bedouin Israeli resident of the Negev, al-Hamamda is survived by his wife and seven children, and was buried on Sunday night.

Later on Sunday afternoon, a 22-year-old American-Israeli Gerrer Chossid R’ Pinchas Menahem Pashwazman HY”D was killed when a rocket landed on his vehicle in Ashdod. 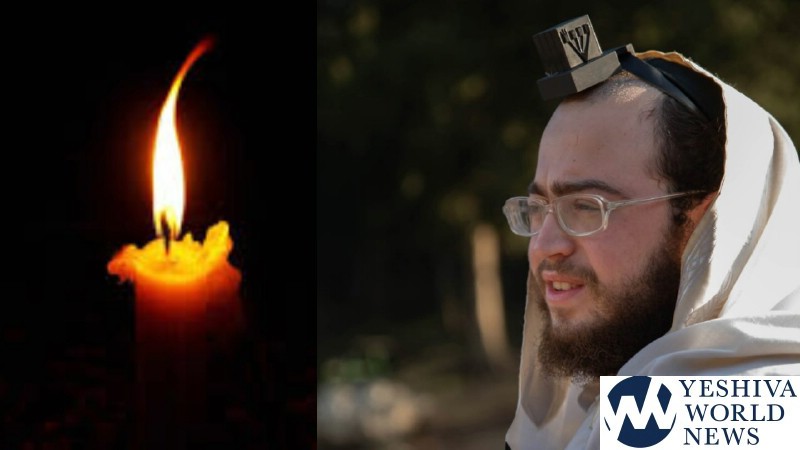 HORRIFIC FOOTAGE: The #Hamas rocket attack in #Ashdod on Sunday afternoon that killed a Gerrer Yungerman, 22-year-old Pinchas Menahem Pashwazman HY”D. . He had left his vehicle seconds before and attempted to reach a bomb shelter but was still feet away from the vehicle when it exploded.

Since the renewed rocket fire earlier Sunday, over 300 rockets have been fired into southern Israel, with the total well past 700 since Erev Shabbos. The communities along the Gaza border, especially the Eshkol Regional Council, are literally being pounded by rocket fire.

WATCH: This house in Be’er Sheva was just destroyed by a rocket launched from Gaza. pic.twitter.com/CrlCPhQpwv

Over 110 persons have been treated since erev Shabbos in Barzilai Hospital, including an 80-year-old woman who remains in serious condition following emergency life-saving surgery. 2 others remain in serious condition, 1 moderate, 53 light and 55 victims of hysteria. 28 victims are currently being treated and 9 have been admitted. 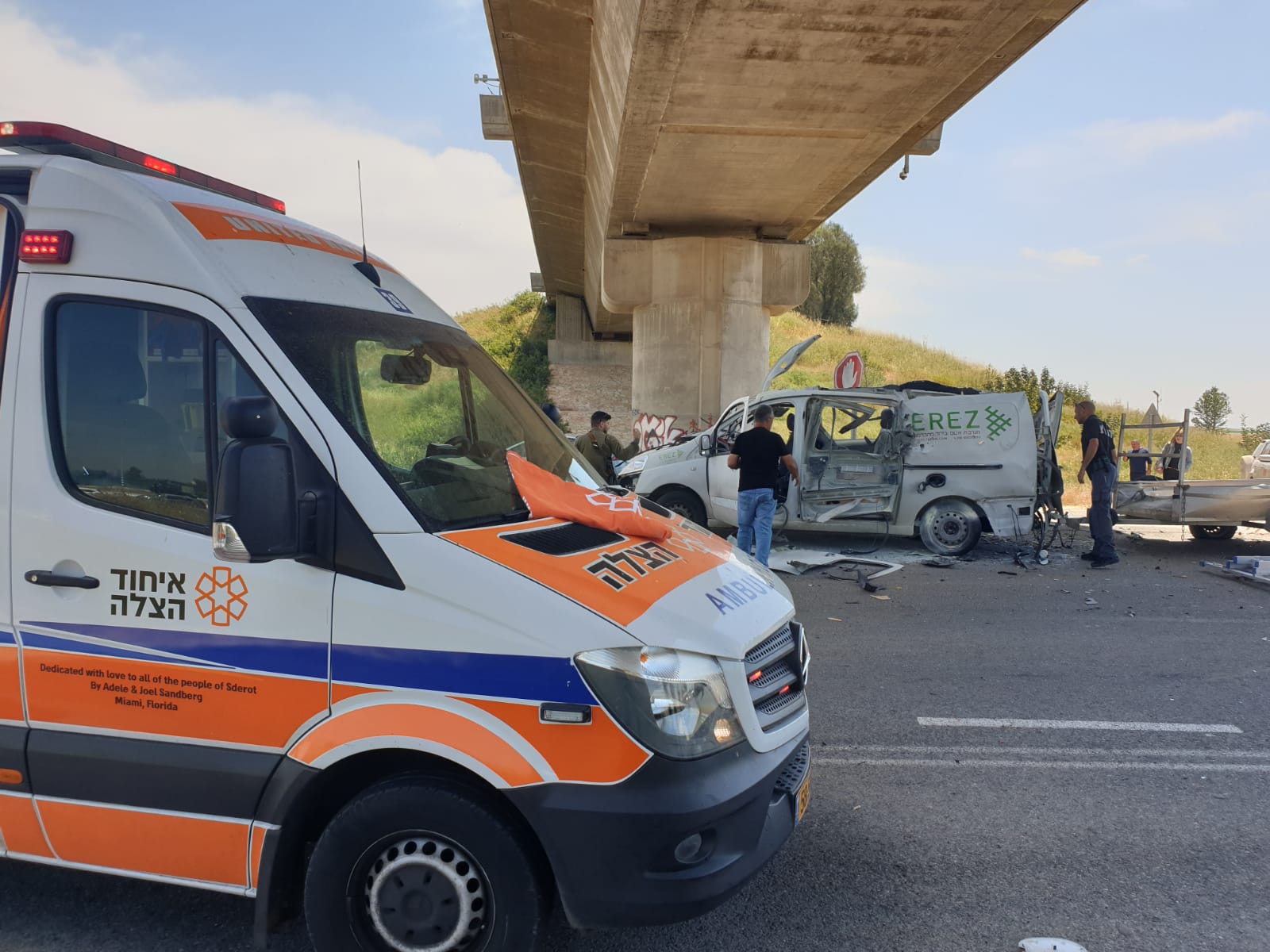 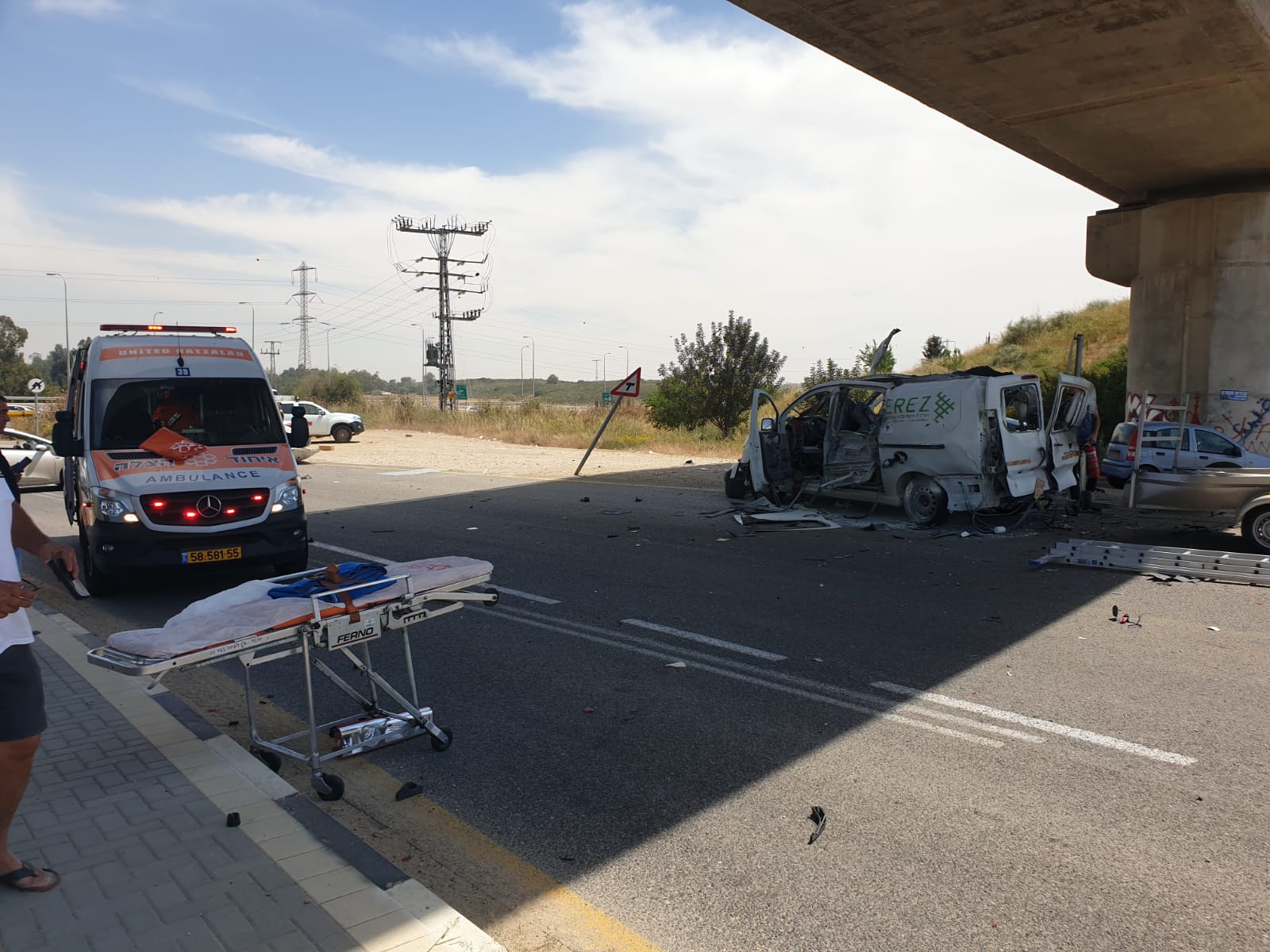 Yesterday, Palestinian weapons caused the tragic death of a mother in Gaza and her baby. Hamas blamed Israel. Journalists amplified the lie. Our assessment indicates that the incident had nothing to do with IDF strikes.

Israel reports that despite reports to the contrary, no negotiations towards a ceasefire are underway. Israel reports it continues to target terrorist objectives in Gaza. 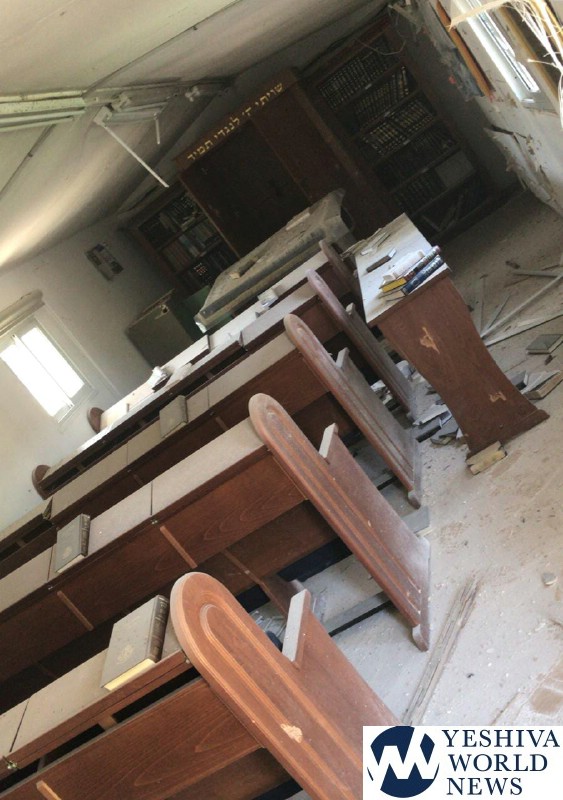 • News13 reports a Shul was hit by a rocket in the IDF’s Kissufim Outpost. Two soldiers sustained light injury.

• Fires reported in Kibbutz Eshkol as a result of rockets landing in open areas.

• Additional IDF ground forces and tanks are moving towards the Gaza border as the Security Cabinet continues meeting in Jerusalem.

Soroka Medical Center in Be’er Sheva reports receiving 11 victims in the past hour, including 10 being treated for hysteria. MDA reports treating a total of 66 hysteria victims.

Rail service has been halted to and from Be’er Sheva as a result of a rocket strike to the tracks. The IDF has ordered a halt to service for security reasons and it is added that even after the green light is given to resume service, it remains to be determined how long the “significant damage” to the train tracks will take to repair.

Earlier, Blue & White party leader Benny Gantz was about to hold a press conference in Yad Mordechai, but the sirens compelled him and others to run for cover. 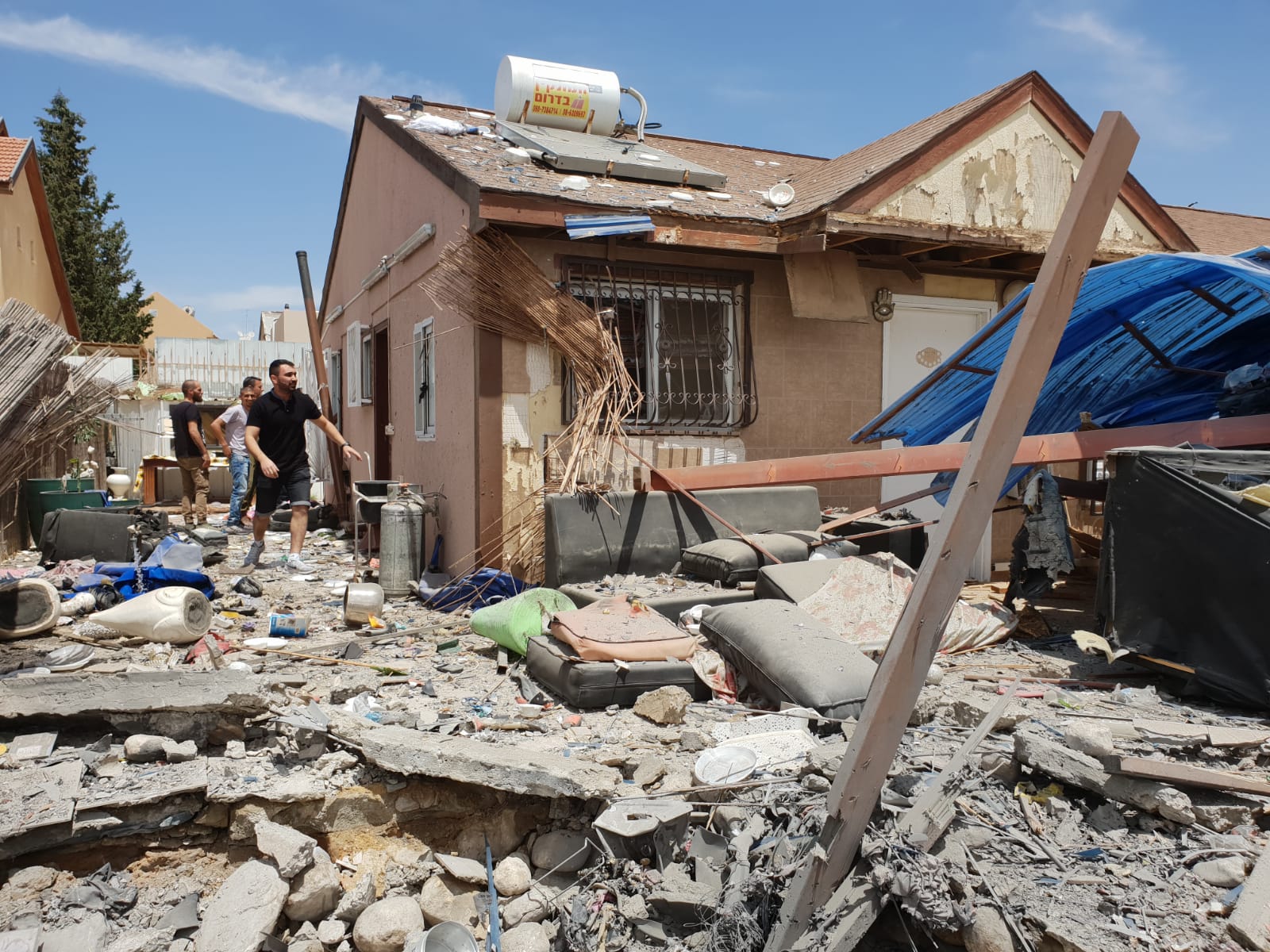 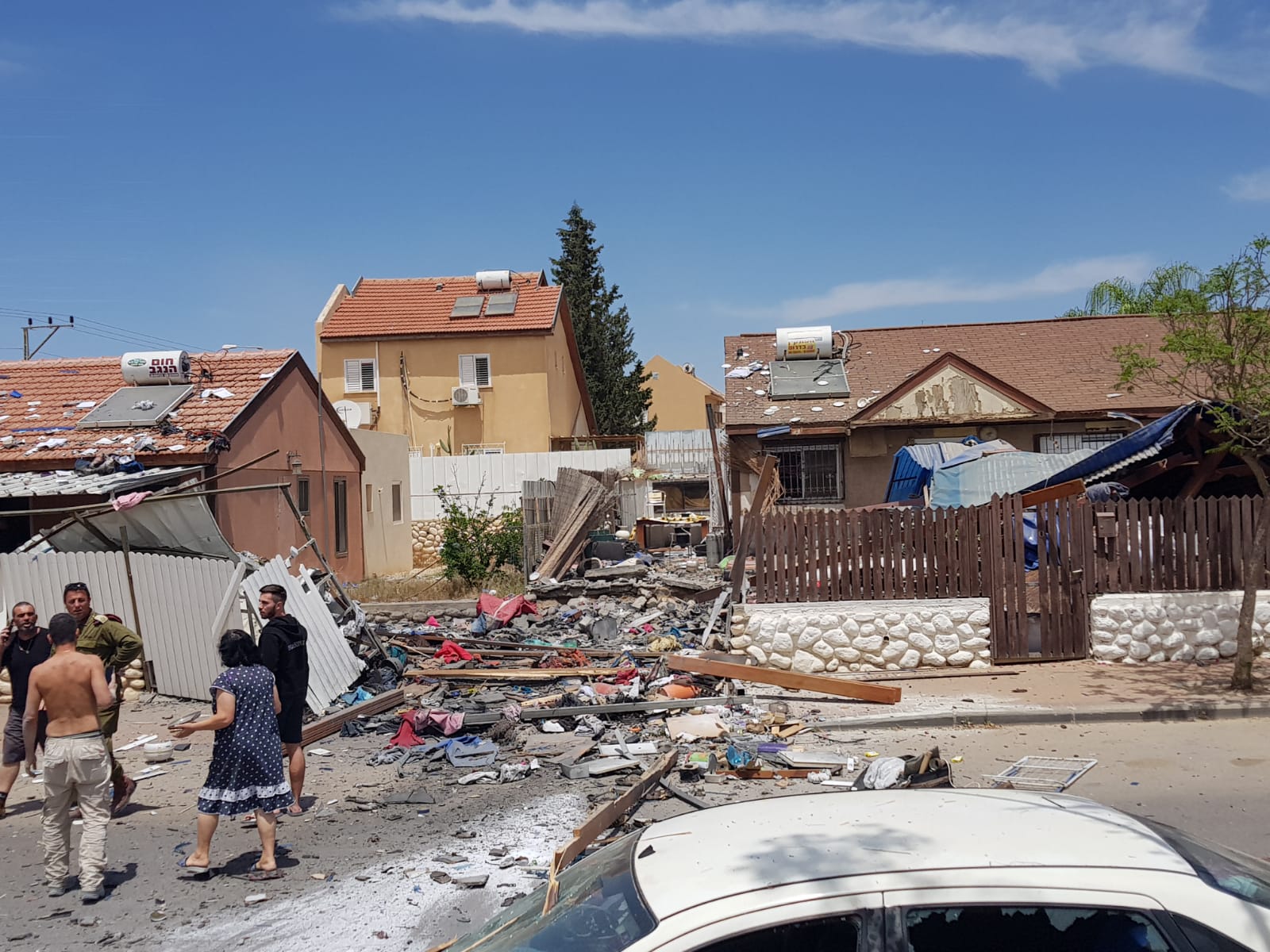 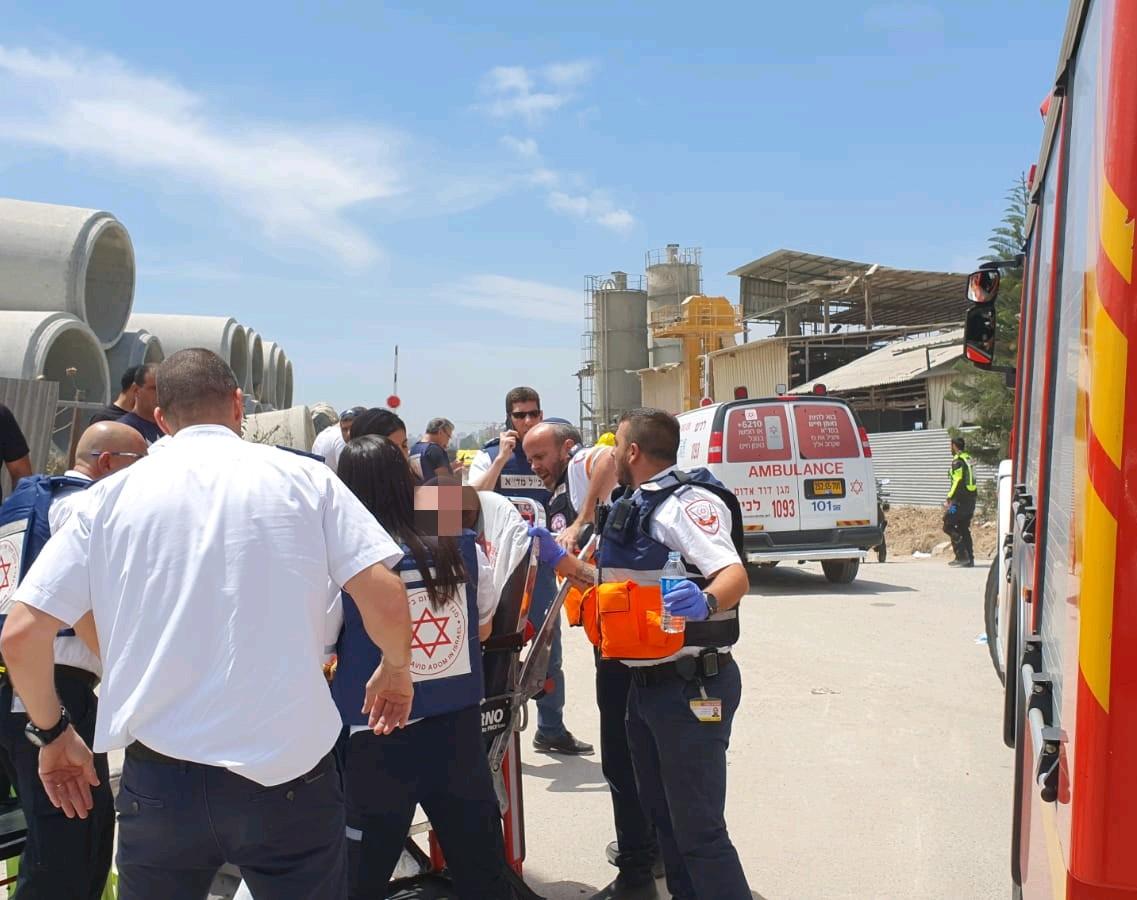 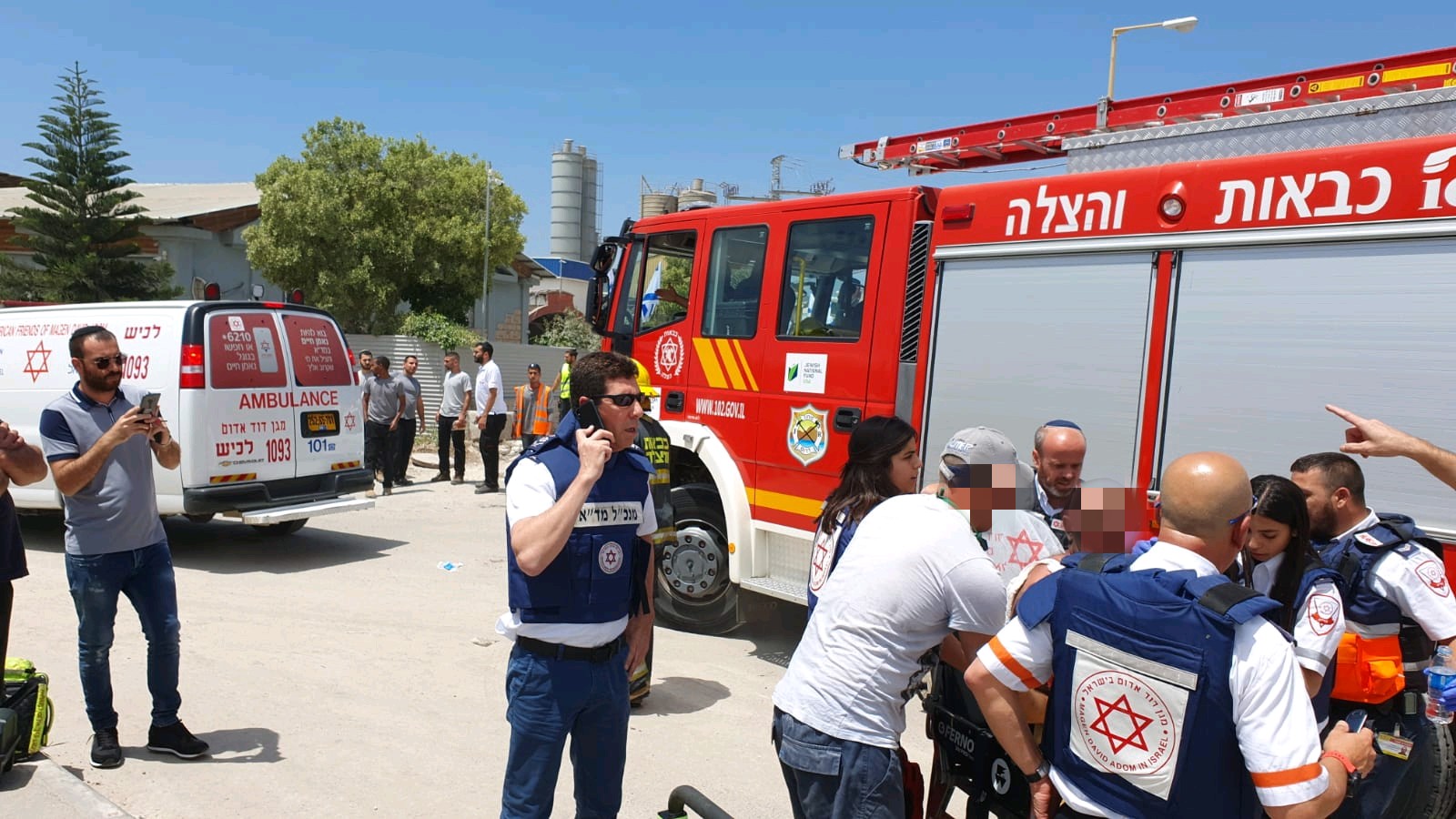 Prof. Chezi Levi of Barzilai Hospital reports that four victims arrived in “very serious condition”, of which two have been pronounced dead and they are fighting to save the others.