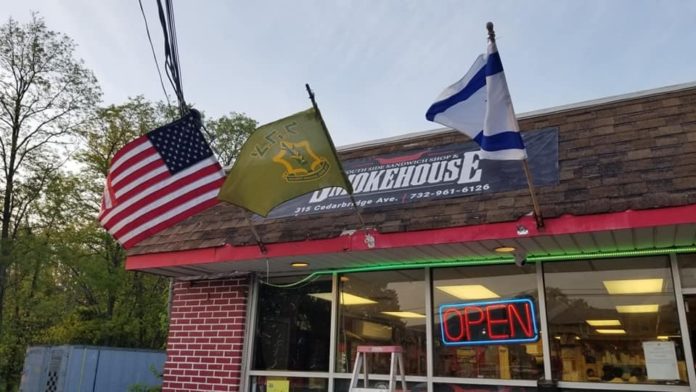 The South Side Sandwich Shop in Lakewood makes hundreds of sandwiches a day. But today, they are involved in a controversy about a flag outside their store.

YWN spoke with the proprietor of the establishment who tells us that he simply wanted to show his appreciation towards the State of Israel, and hung an Israeli flag outside his store in honor of Yom Ha’atzmaut. He was shocked when he received a warning from the Kashrus agency certifying his store demanding that he remove the flags. (He hung an American flag at the same time – see videos below.)

He was told that if he does not remove the “Zionist” flag, he should remove the Kashrus certification off his wall.

YWN made multiple attempts to reach the Kashrus agency. All calls and messages were ignored.

ONE MESSAGE GOING AROUND READS: “FWD: Fwd: Dinner tonight 7:30pm at South Side Sandwich Shop 315 Cedarbridge Ave individuals threatening the store to take down Israeli flag. Come show support that we stand with the store owner.”

YWN notes that the famed Ponevez Yeshiva is flying an Israeli flag today, as they do every year on Yom Ha’atzmaut.

The store owner tells YWN that he has never sold more sandwiches in one day in his life, as hundreds of people are streaming to his store to support him.

Flying proudly at the South Side Sandwich Shop in Lakewood.

Messages being shared on social media on Thursday: 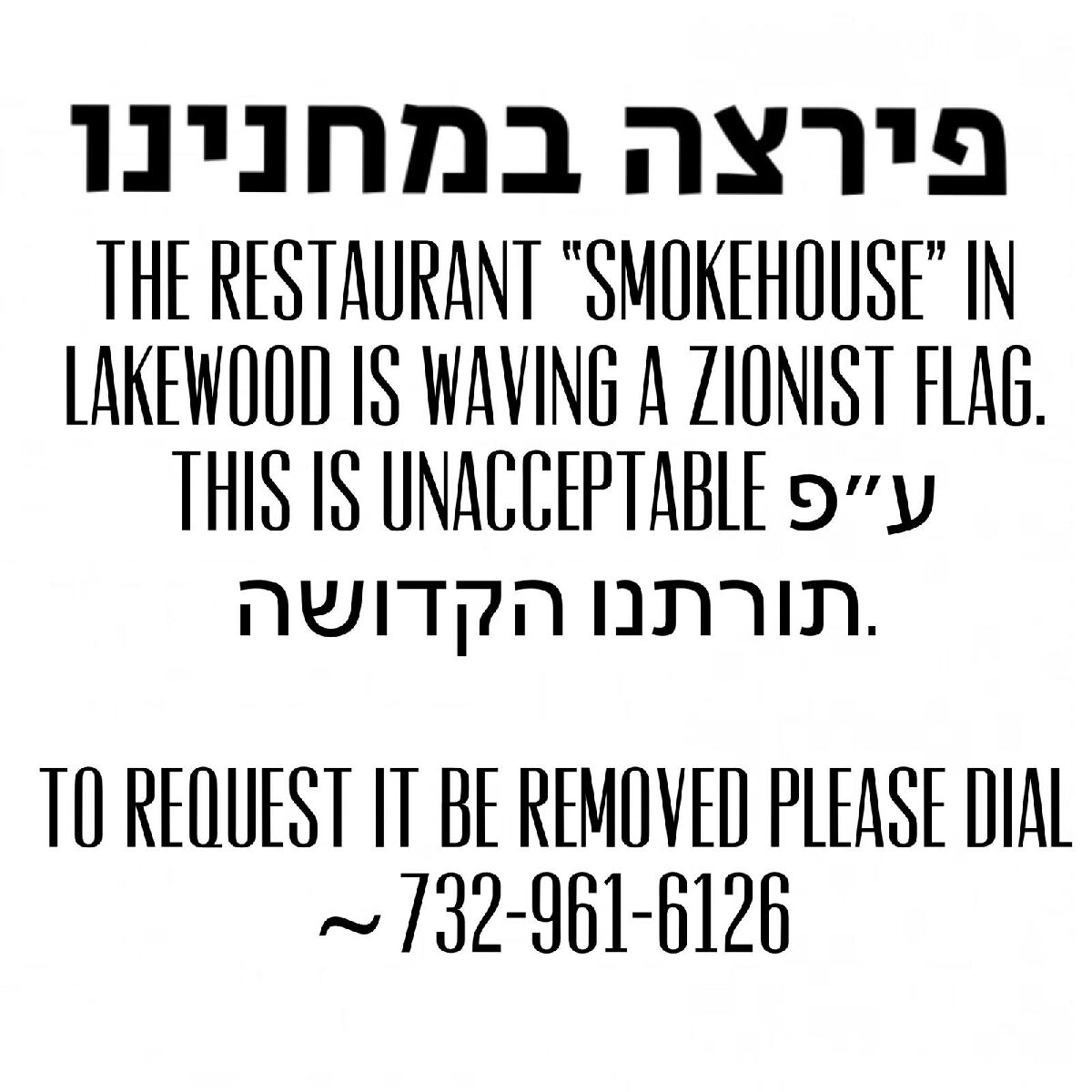 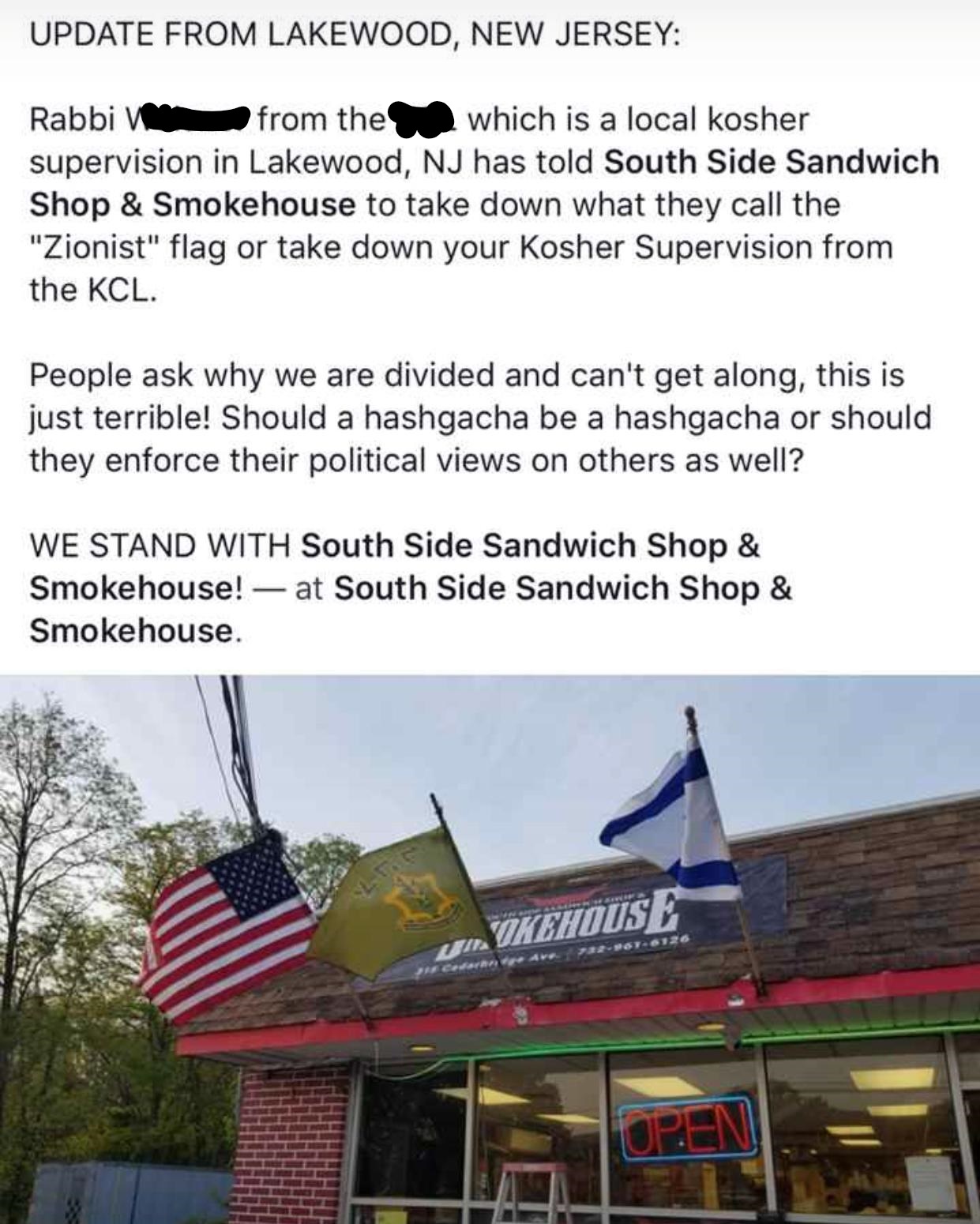