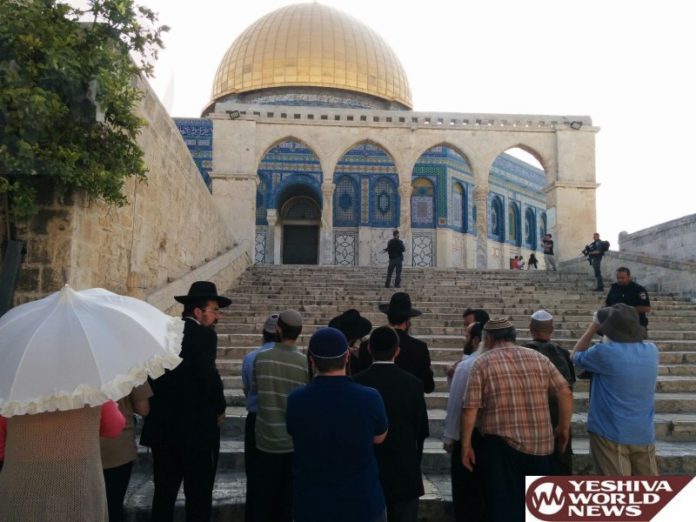 Israel Police announced Har Habayis will remain closed to Jewish visitors during the last days of the Muslim month of Ramadan including Id el-Fitr to avoid confrontations. Unfortunately for those who visit the holy site, the closure also coincides with Yom Yerushalayim, Jerusalem Day, commemorating the liberation of Jerusalem’s Old City, the Kosel and Har Habayis from Jordanian occupation during the June 1967 Six Day War. Jerusalem Day is observed on 28 Iyar.

Petitions have been filed with the Supreme Court seeking to cancel police decisions to prohibit Jews from visiting during Ramadan, claiming the Muslims are given a disproportionate amount of time as compared to the non-Muslims wishing to visit the site.

Id el-Fitr marks the end of Ramadan, celebrated by Muslims worldwide. This year, it begins on Tuesday June 4th and ends in the evening of Wednesday, June 5, 2019.

YWN NOTES: Gedolei Yisrael over the generations and the Chief Rabbinate of Israel prohibit visiting Har Habayis, which they explain carries the punishment of karess.