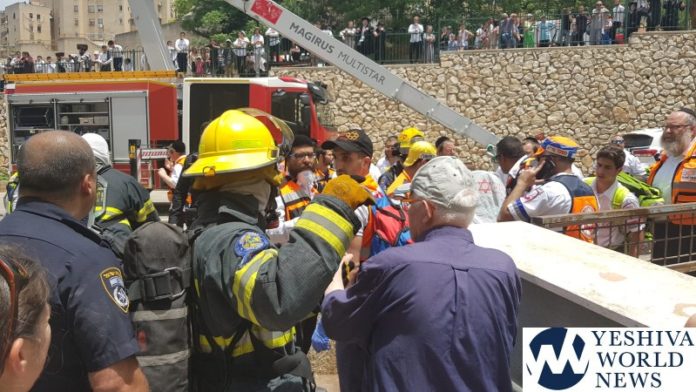 A three-year-old infant R”L died in a fire that occurred in an apartment in Tzefat (Safed) on Shabbos on David Elazar Street.

The boy was identified as Elad Prizat Z”L.

Yaakov Shakul who volunteers with United Hatzalah as an EMT but also is a regular volunteer with the organization in the E.R. in Ziv hospital in Tzefat said: “Due to the nature of the situation and the  number of people injured, our volunteers not only treated those injured at the scene but also joined the team in the ER to help treat the patients as they were coming in. Our ambulances were involved in transporting many of the injured from the fire to the hospital and we assisted the hospital staff in continuing their care here in the emergency room.”

September 24, 2020 4:52 pm
5
Tragedy struck the Haifa community on Thursday, when a Chareidi woman in her early sixties, was R"L Niftar after she fell from the balcony...