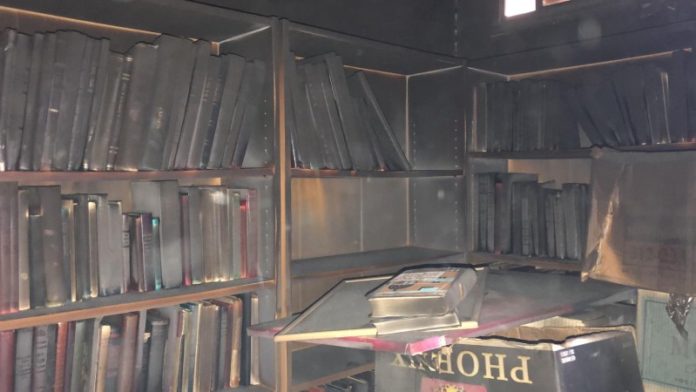 Israel’s Fire & Rescue Service reported it has been determined the fire which destroyed the community of Mevo Modi’im was likely to have been the result of arson as they have found numerous flash points, origins of the massive fire.

On Friday, teams of investigators from the Investigations Branch of the Israel Fire Service, assisted by dogs and other technological equipment, arrived at the scene and began an examination of the incident.

The investigation at Mevo Modi’im is being conducted concurrently with investigations opened by the fire department in several other locations throughout the country, in which fires broke out.

The findings of the investigation in Mevo Modi’im have revealed that there are several fire sites in the area, which raises the suspicion that the giant fire which destroyed some 40 homes of the moshav – established by the late Rabbi Shlomo Carlebach Z”L – was caused by arson.

Meanwhile, incredibly, the Seforim belonging to Carlebach survived the blaze.

However, the fire services emphasize that the investigation is continuing, and that the findings of the final investigation will be published at a later time.

B’chasdei Hashem, as was reported by YWN-Israel on Friday, while the entire community was destroyed, the Sifrei Torah and shul were unharmed.

The Nachal Sorek Regional Council has extended an invitation to the families of Moshav Mevo Modi’im, who are homeless. Forty homes in the community were destroyed in the fires that raged throughout areas of Israel during last week’s ‘sharav’ heatwave.

Shlomo Carlebach’s daughter Neshama shared the following photos and video to Facebook, captioned: “Somehow, even though our whole house on the Moshav burned, our father’s books survived….
And, surrounded by ash and devastation,the other space unscathed by fire was the building where his other books were stored.
This is a miracle of epic proportion.
#IBelieve” 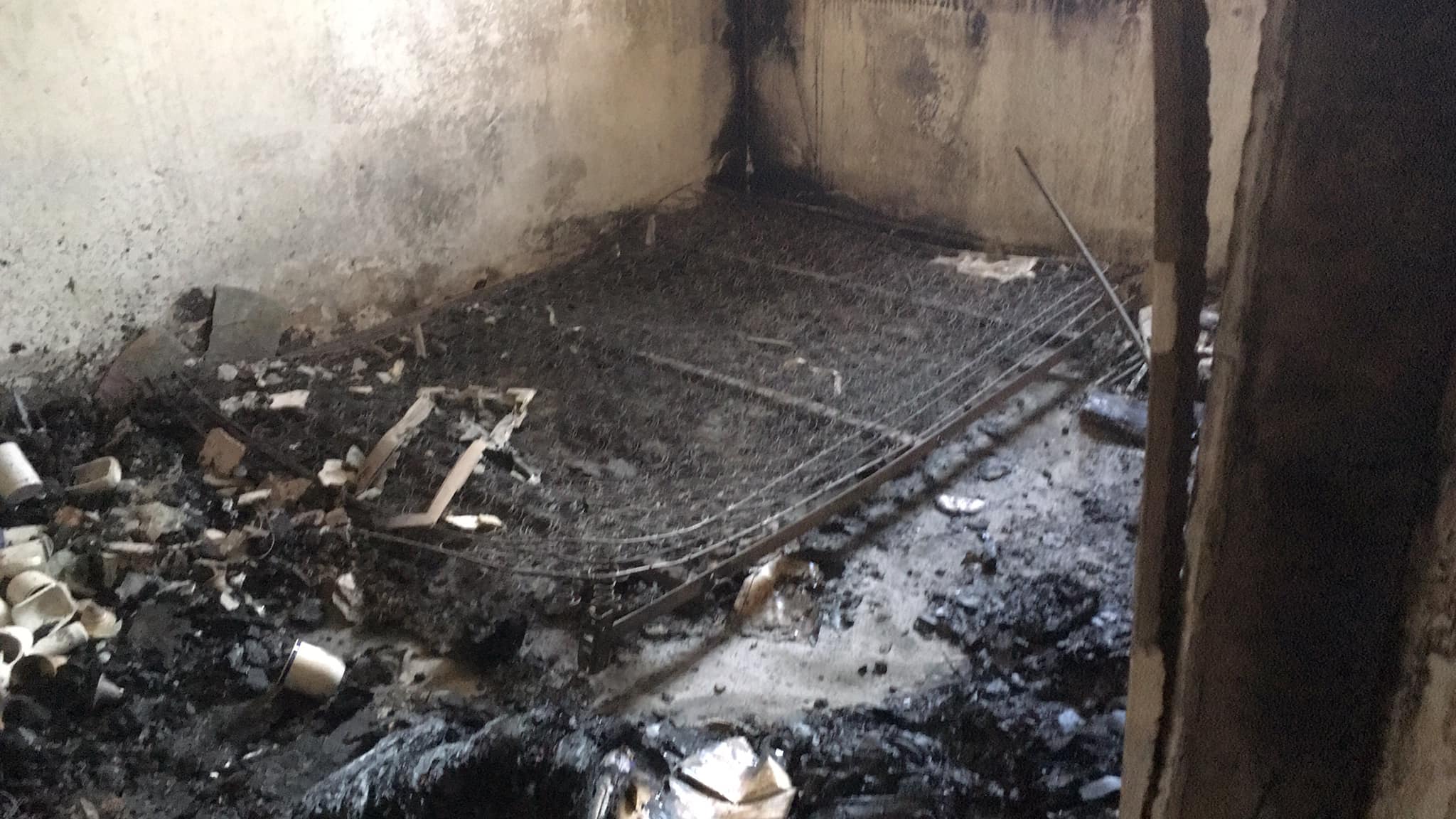 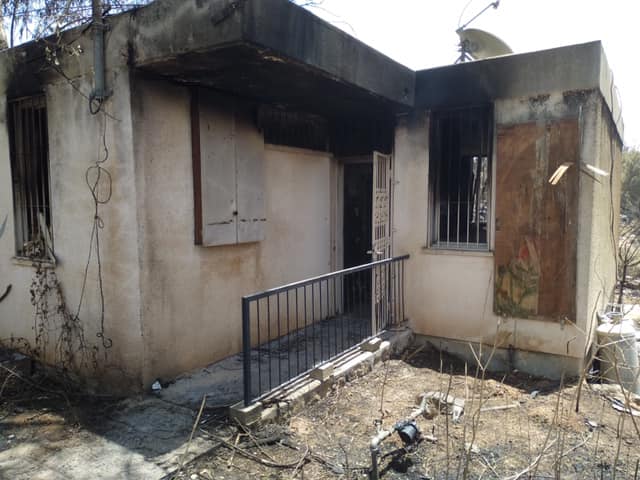 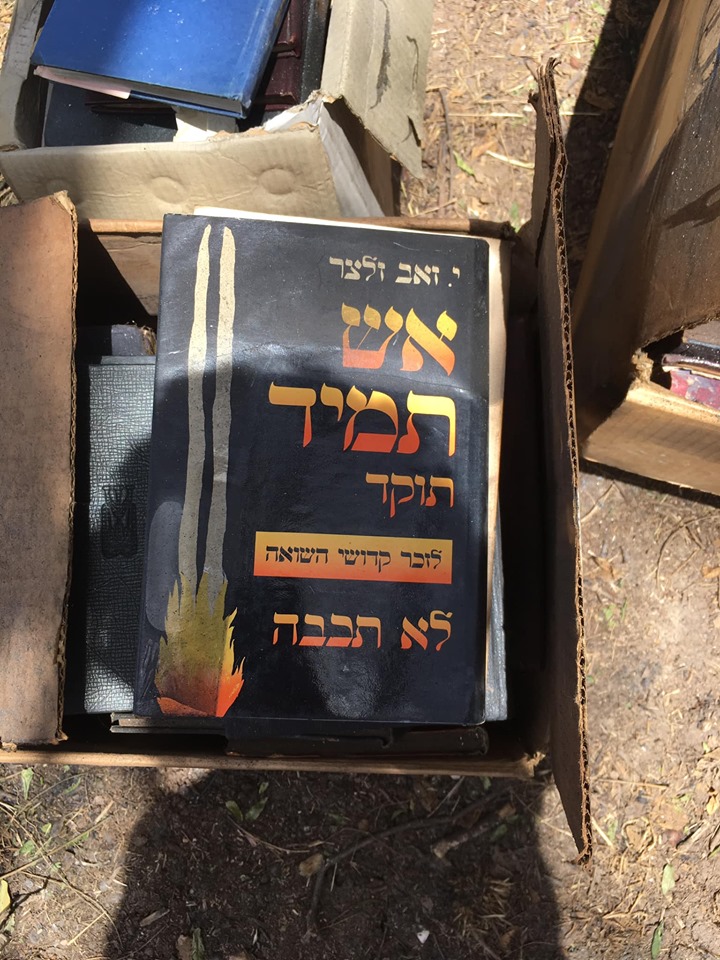 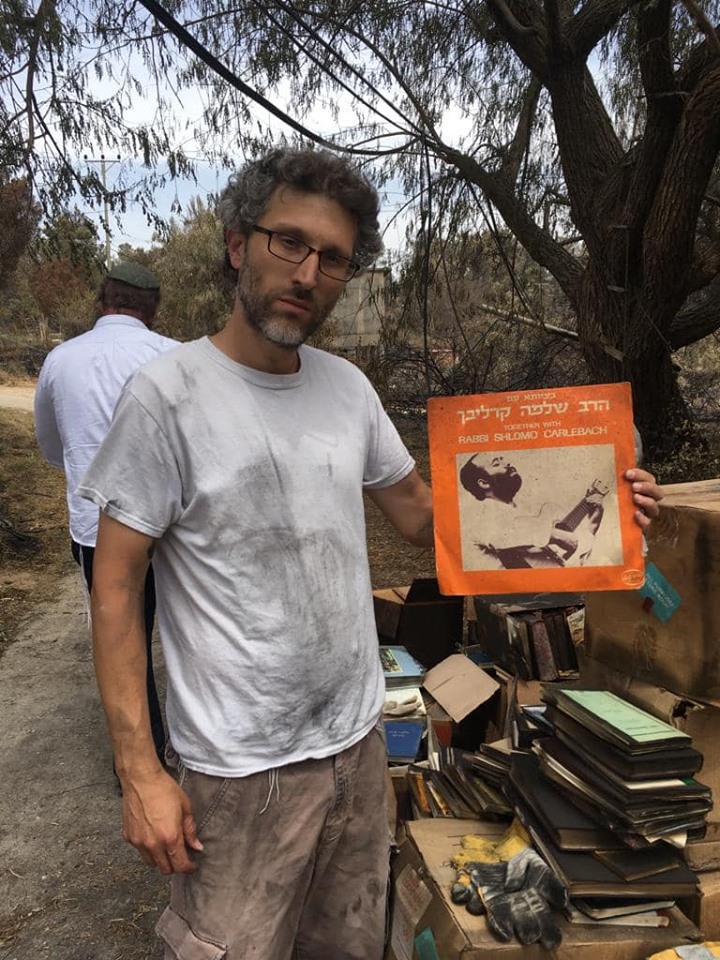 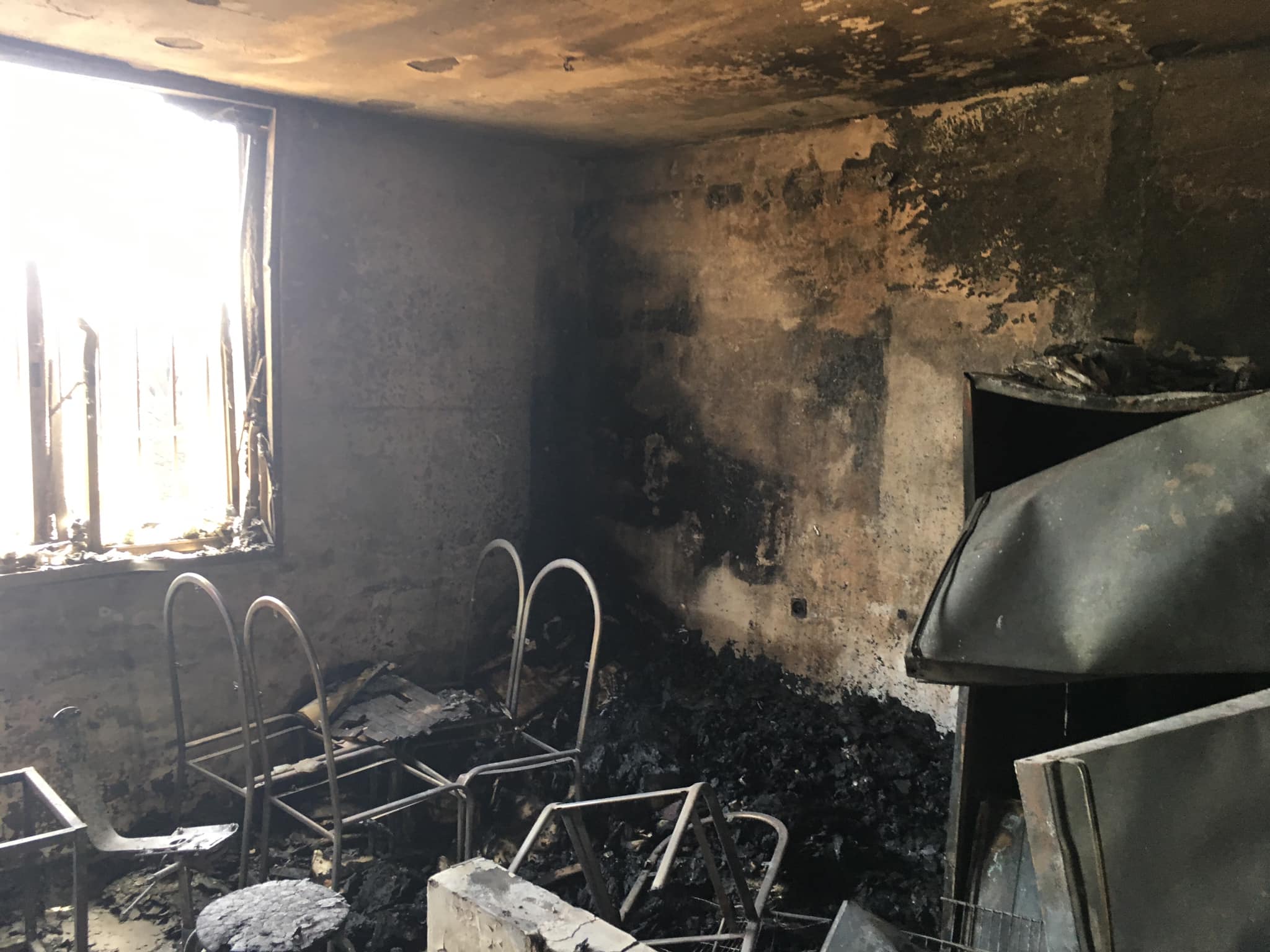 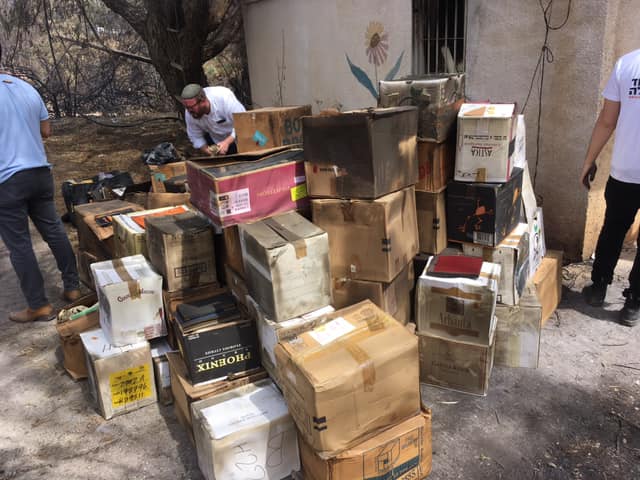 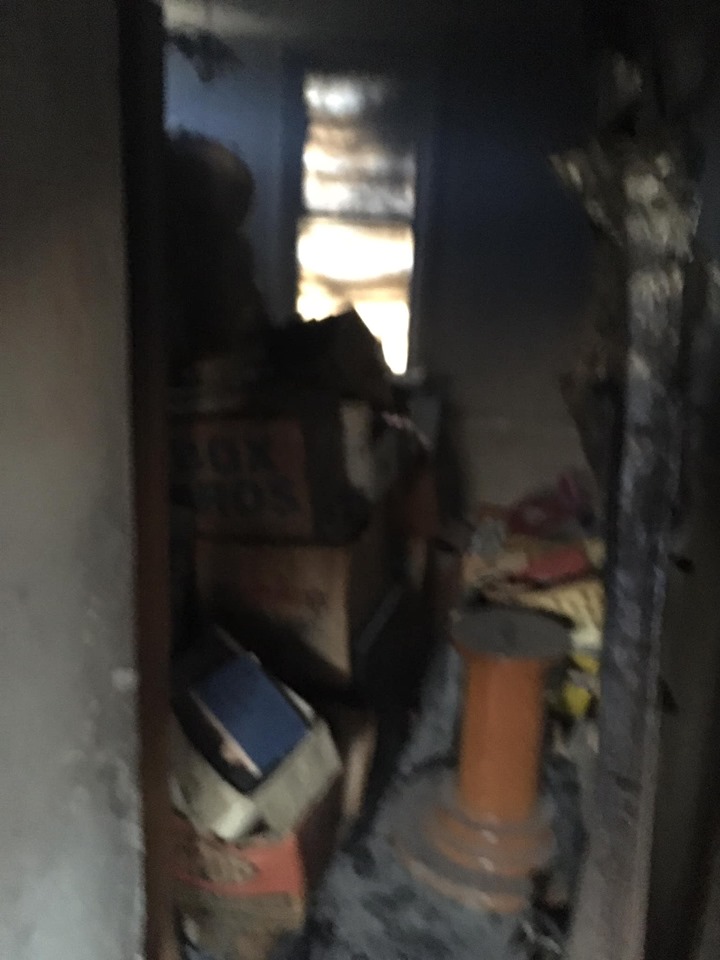 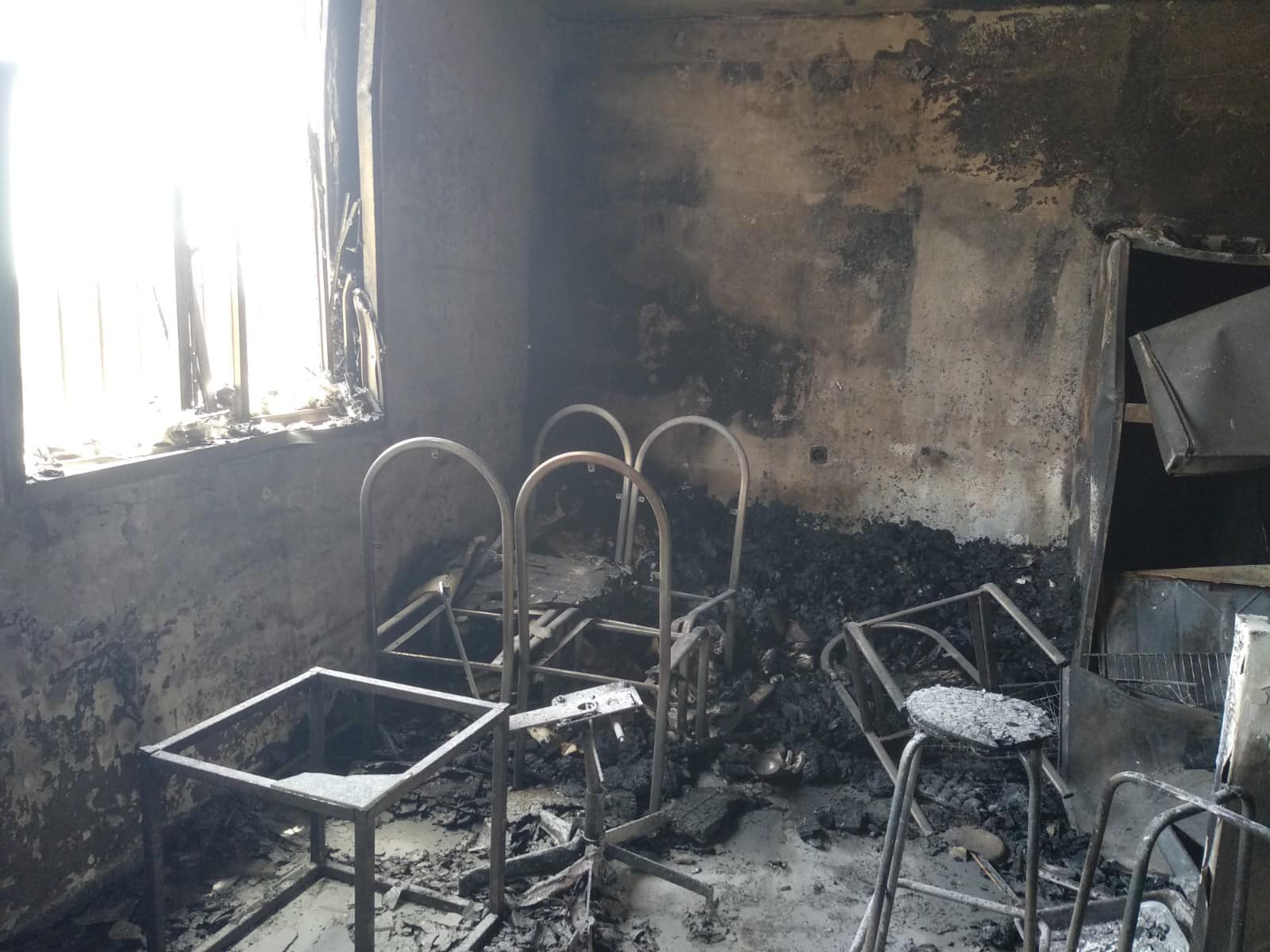 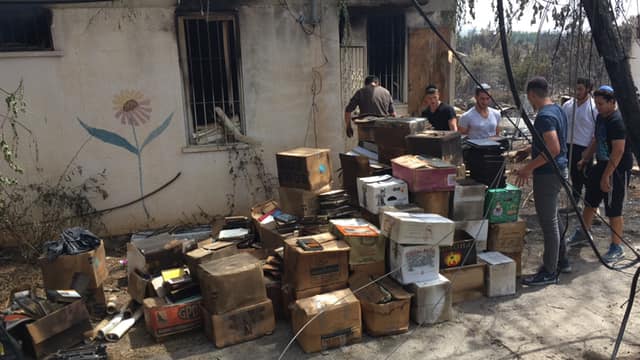 The following Facebook post by Neshama Carlebach captioned “Our front door….
And through the fire, our name remains, and the blessed protection of the mezuzah beside it…” 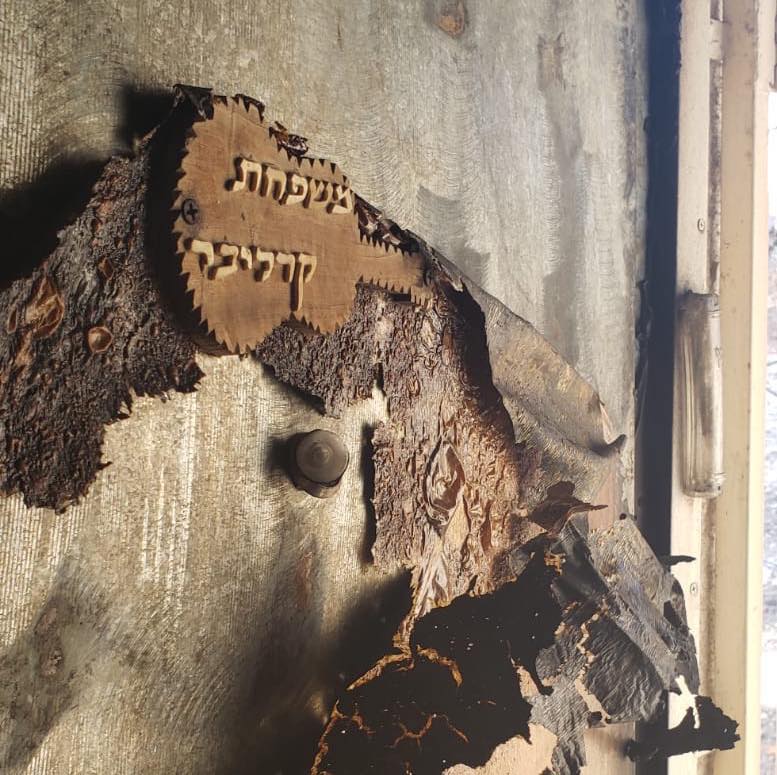