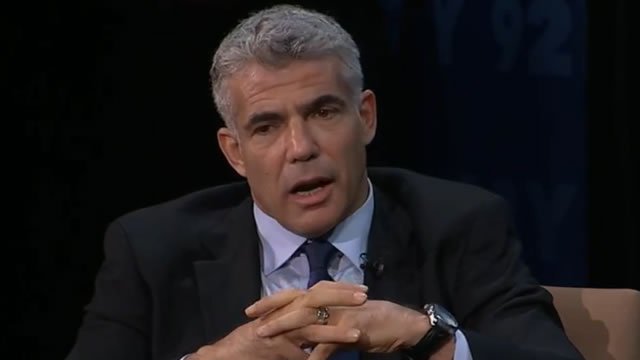 Yair Lapid, who holds the second slot on the Blue and White party list, did not waste time in attacking chareidim after the Knesset during the night voted to dissolve the Knesset and head to new elections.

Lapid on Thursday, posted another anti-chareidi message on his Facebook page. In his post, he speaks about having a second chance and the opportunity to “send home the extortionists and extremists who say, ‘give us the money from your taxes and get out of our sight’. We aren’t disappearing. We are here. It is our country too. A second chance to make sure Israel remains a democracy. A second opportunity to see to this”.