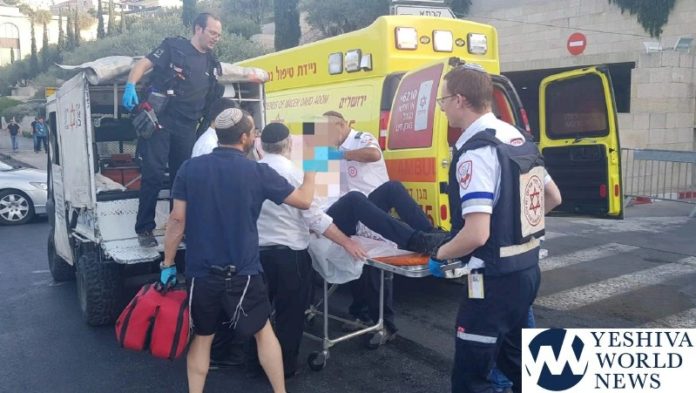 A Chareidi man walking to Daven at the Kosel is serious condition following a stabbing attack in Jerusalem, Friday morning.

United Hatzalah and MDA received calls at around 6:30AM, reporting a terror attack near Sh’ar Shechem. They arrived and found an approximately 50-year-old male in critical condition with stab wounds to his head and neck. He was rushed to Shaarei Tzedek Hospital where he was unconscious and hooked up to a ventilator.

A second victim, a 16-year-old Bachur, was stabbed while riding his bike. The victim ran towards the Churva Shul in the Old City where he was treated. He is in stable condition at Hadassah Ein Kerem Hospital.

The 19-year-old Palestinian terrorist was shot and killed by Police officers at the scene.

“Around 6:20 a.m., the assailant entered through the Damascus Gate. He stabbed a man inside and began running from the scene. Along the way, he saw [a 16-year-old boy] and stabbed him as well,” police said.

The terror attack occurred on the last Friday of the Muslim holy month of Ramadan, a period of heightened tensions.

Following the attack, police said they deployed additional troops around the Old City.

“I saw a man in his 40s lying on the stairs near the Damascus Gate barely conscious and with stab wounds to the upper body. I gave him first aid — stopping the bleeding — and he was quickly put into a Magen David Adom intensive care ambulance,” one of the medics said.

The second victim was identified as Yisrael Meir Nachumberg. Speaking from his hospital bed, he told reporters he was riding his bike through the Old City and stopped to examine the wheel when the terrorist lunged at him from behind.

“I thought he punched me,” he told Ynet. “And suddenly I see a long knife full of blood.” 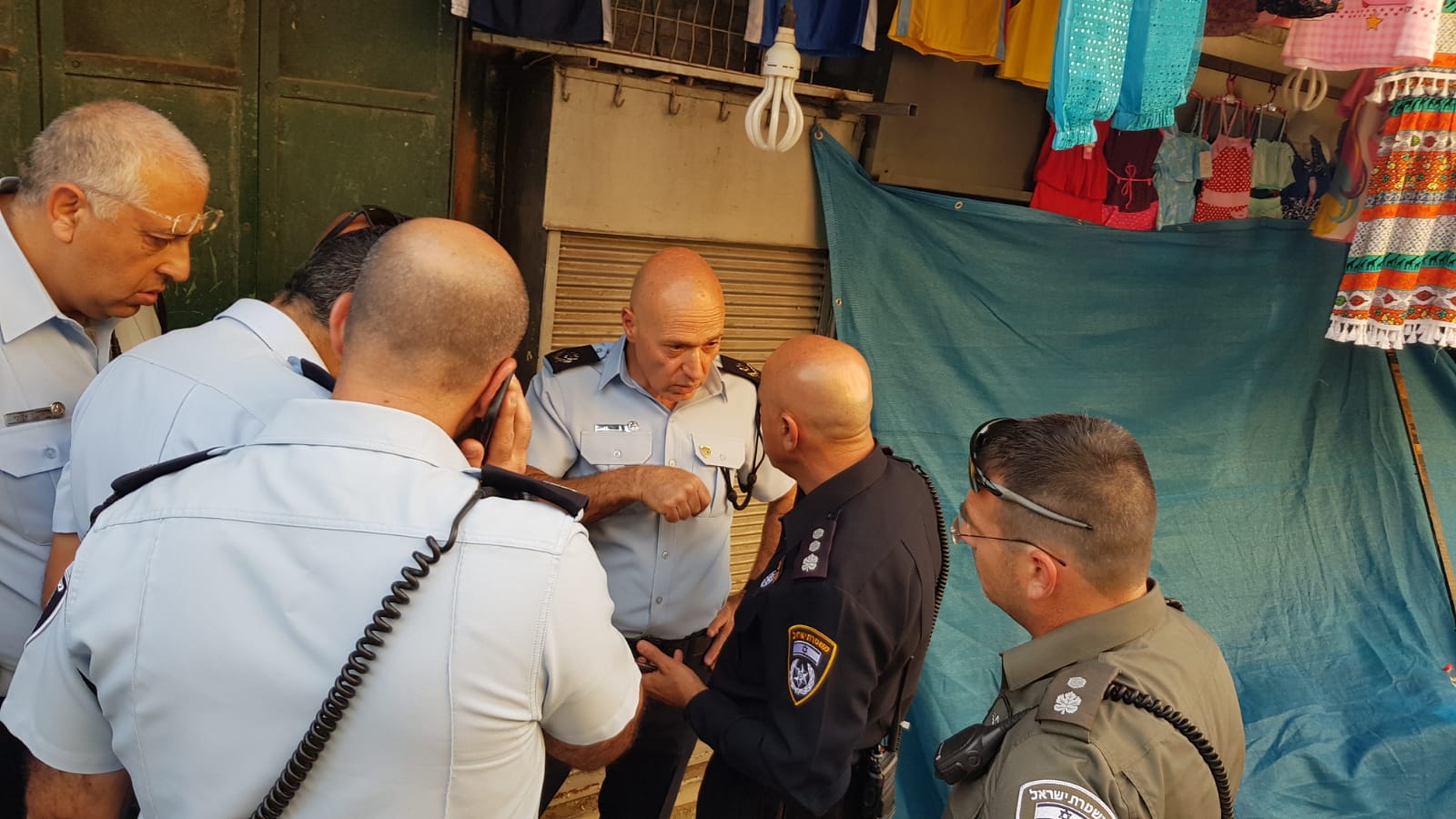 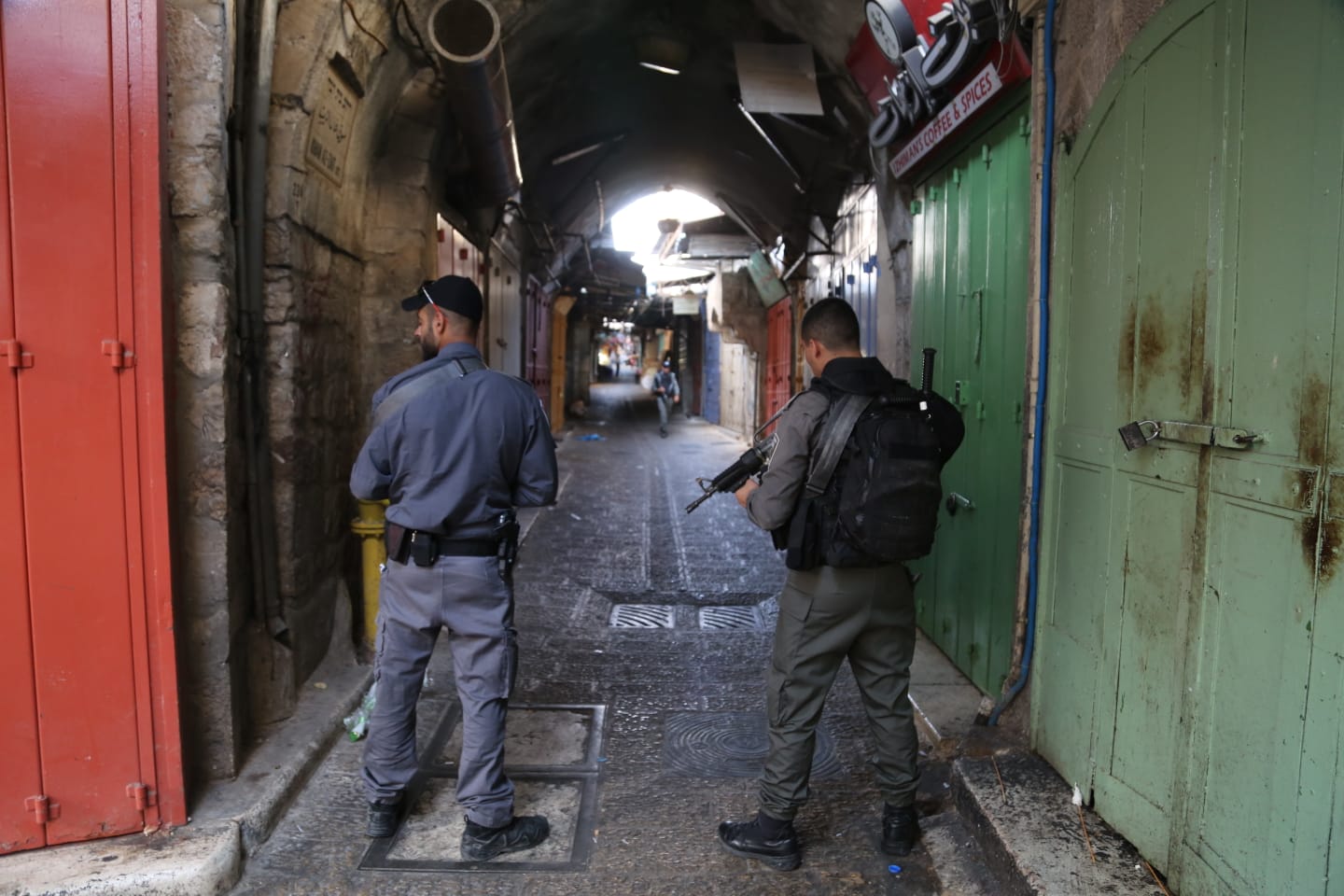 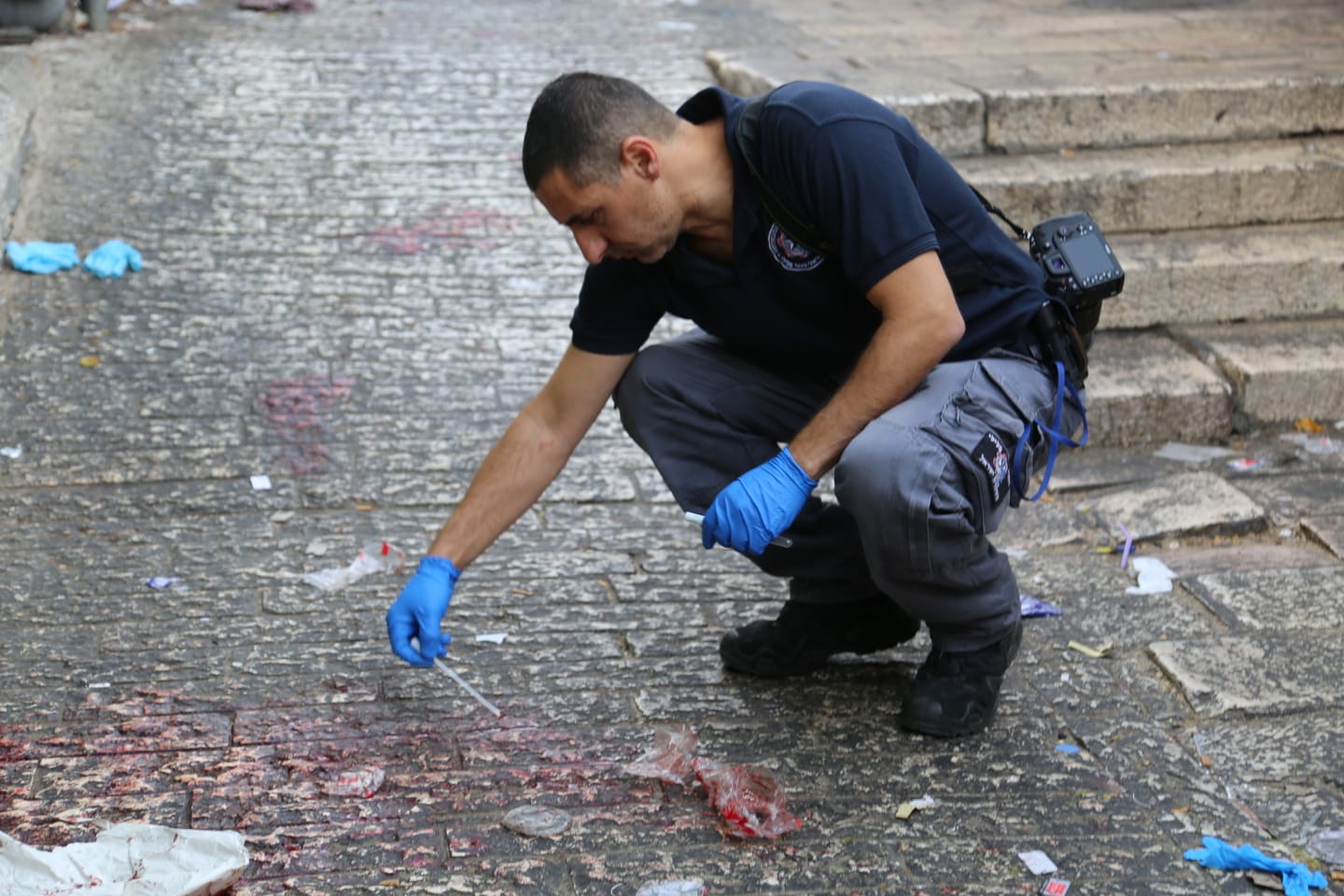 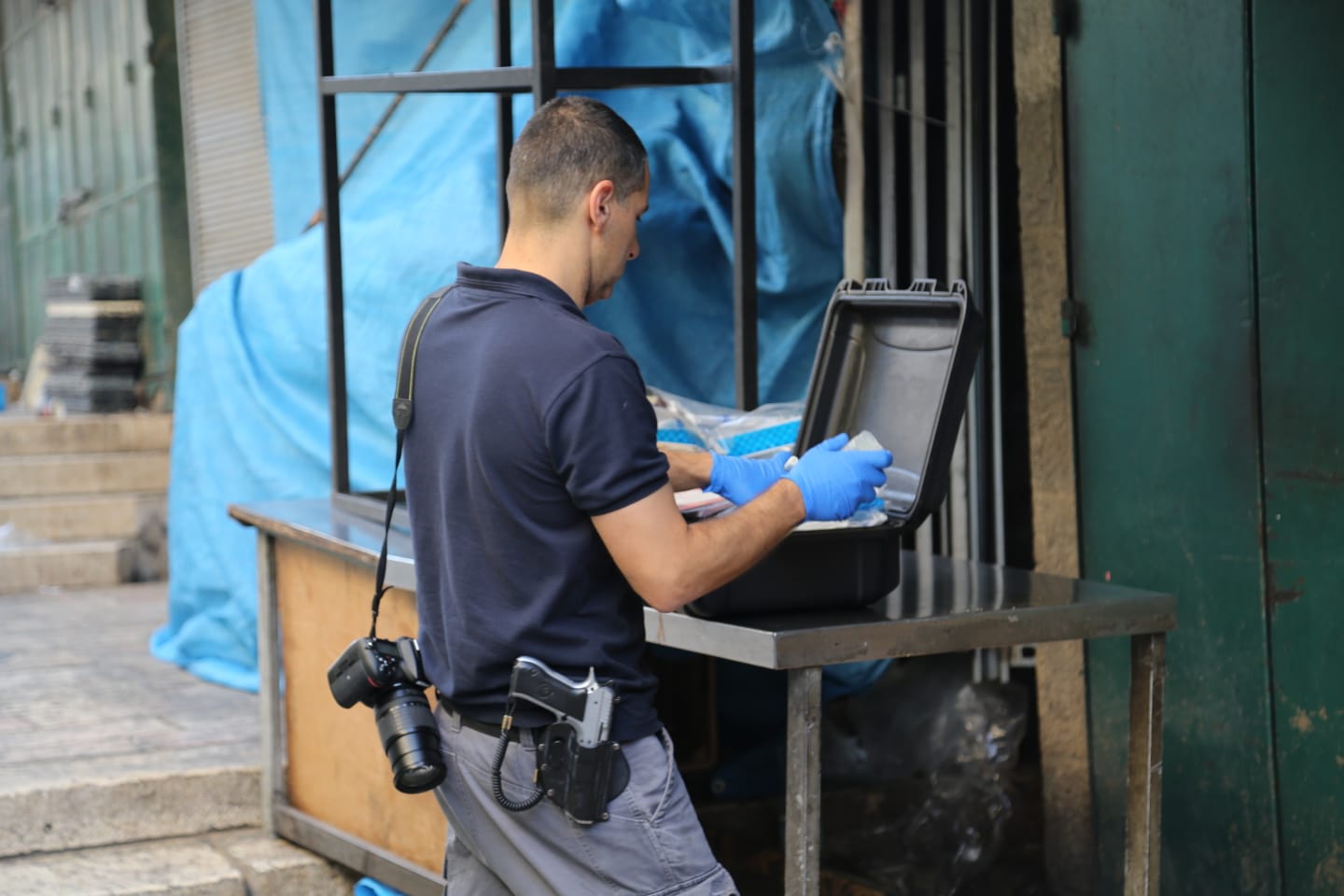 WATCH: Security guards seen running from the Kosel to respond to the double stabbing attack near Shaar Shechem. The terrorist was eliminated. One of the victims was critically wounded R"L. 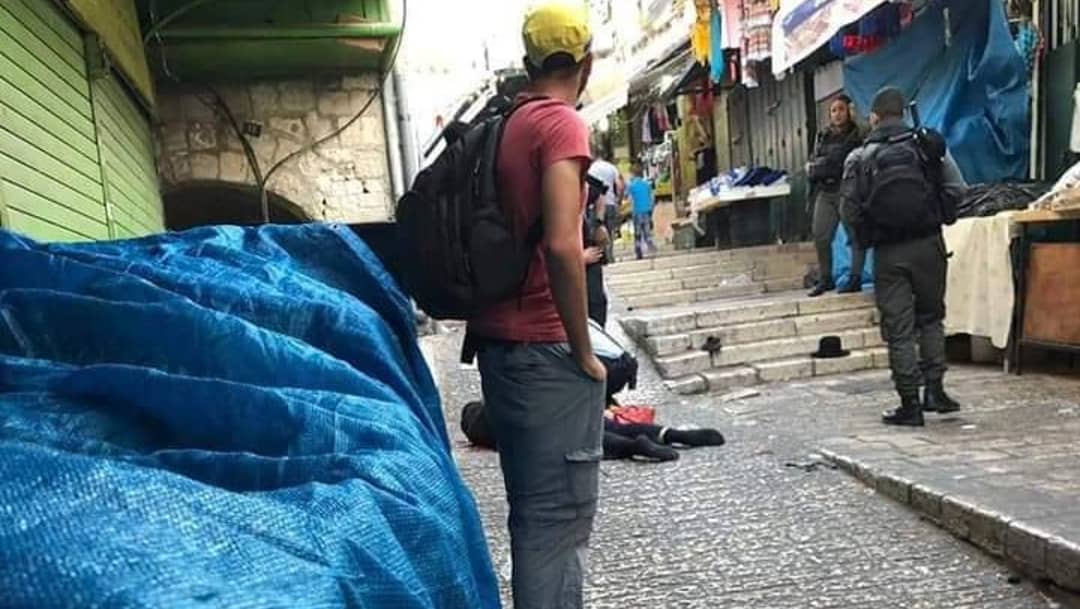 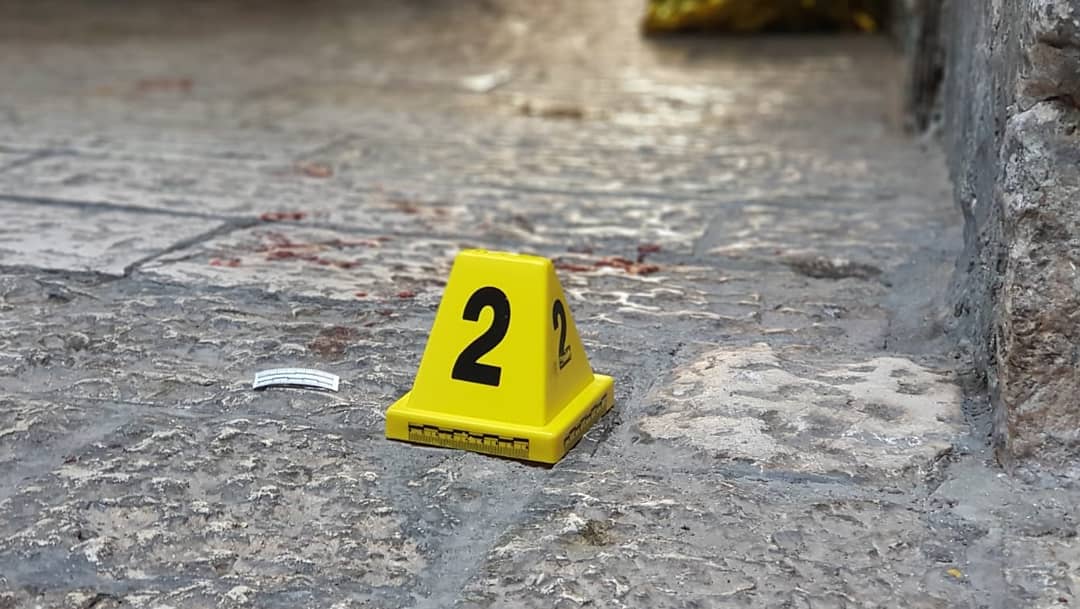 We are praying for the recovery of those injured in this morning's stabbing attack in #Jerusalem.
I am with the families who are at their dear ones' sides in hospital in these difficult hours.