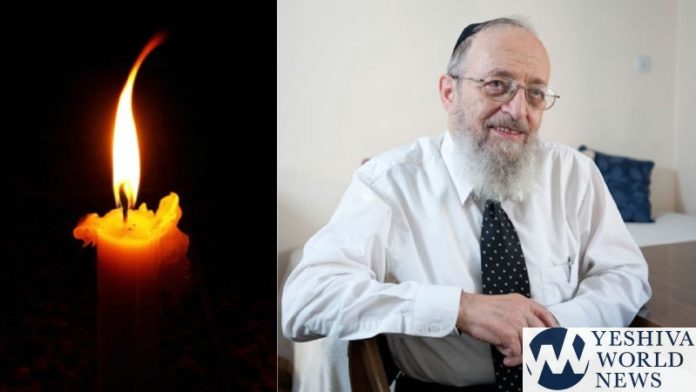 Rav Kamenetzky was niftar at his home on Sorotzkin Street. The Rav was hospitalized on numerous occasions during recent months.

The rav was born 89 years ago to Rav Yaakov Kamenetzky in Europe, and immigrated with the family to Brooklyn, NY and learned in Yeshivas Torah Vodaas. He made aliyah to Eretz Yisrael at the age of 40, and he was among the founders of Yeshiva Itri in Yerushalayim.

His sefer ‘Making of a Godol’ “גידולו של גדול” was published about 17 years ago, dealing with Gedolei Torah over a period of 150 years from Rav Yisrael Salanter until the beginning of World War I.

The niftar was a brother of HaGaon HaRav Shmuel Kamenetzky Shlita, Rosh Yeshiva of Philadelphia, and a member of the Moetzas Gedolei Hatorah.

The levaya took place on motzei Shavuos at 11:30PM from Yeshivas Torah Ohr to Har Menuchos.