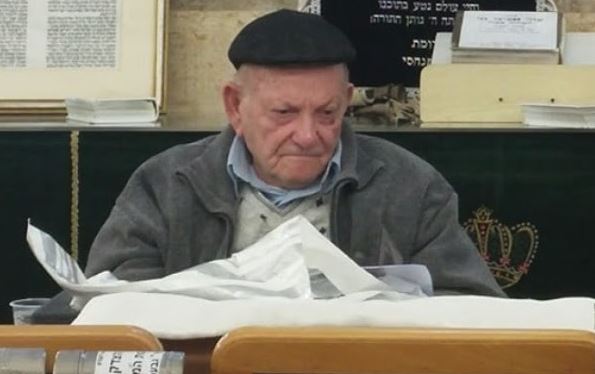 Mekubal Rav Chaim Cohen-Farhiya (The Chalban) is in serious condition after passing out on Shabbos. MDA was summoned to his home, as his wife found him in cardiac arrest. The EMS team began resuscitation and he was transported to Tel Hashomer Hospital.

Kikar Shabbos news reports that those close to him gathered immediately after Shavuos to be mispallel at kivrei tzaddikim for his refuah.

Tefilos took place at the tziyun of the Rashbi, Shmuel HaNavi, and Baba Sali. They call on the tzibur to be mispallel Chaim Avishalom ben Blanka for a refuah shleima bsoch cholei yisrael.

The Chalban is 84, and he earned his name by working in a plant with dairy fertilizer in the Givatayim area.

Just a year ago, on Shavuos, the Chalban’s health deteriorated and he was hospitalized and then released to his home for rest.