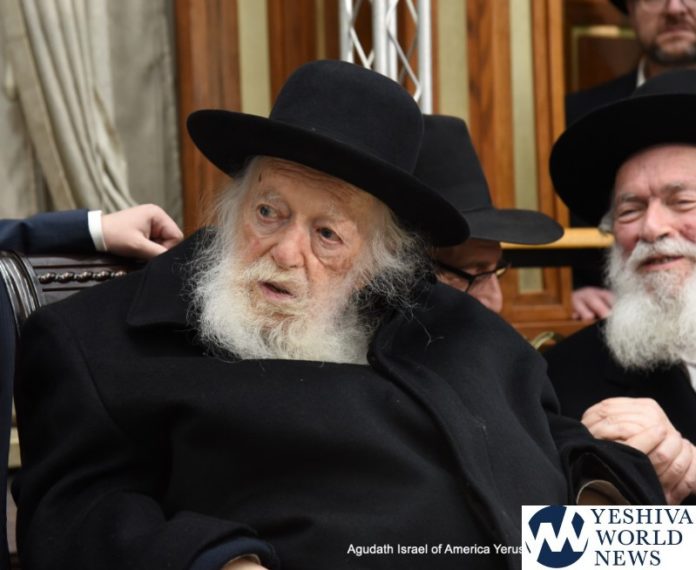 Some six months ago, Rav Yekusiel Ohav Tzion, a rav from Tiveria, visited with HaGaon HaRav Chaim Kanievsky Shlita, at which time the rav explained how Ron Kobi was working hard to increase Chilul Shabbos in the holy city. According to a Kikar Shabbos News report, at the time, Rav Kanievsky told Rav Tzion “He will have a big defeat”, and despite Kobi being elected, he failed last week – for a third time – to pass a city budget. As a result, it appears the Interior Ministry is going to step in and take over the running of the city from Kobi, who was elected, but defeated by the religious and chareidi opposition parties, who voted against his budget.

On Sunday morning Mayor Ron Kobi, who was defeated in the city council budget vote last week, and faces being ousted by the Interior Ministry, came out with a posting on his personal Facebook page against Rav Kanievsky and the chareidi sector.

Kobi quoted Rav Kanievsky’s ‘bracha’ that he would “suffer a big defeat”, adding, Even Rav Kanievsky will not decide what occurs in Tiveria! The chareidi coercion has ended.”

Kobi was interviewed on Kol Chai Radio over the weekend, stating he is not against the chareidi sector. In his words, “Ron Kobi does not hate chareidim, Kobi is going to oust Aryeh Deri. You live fake news and incitement, and unfortunately, you (the chareidi sector) continue to speak like this. I love tradition and religion, and enough with this stupid incitement, we love everyone. The state does not want religious coercion. Live and let live”.