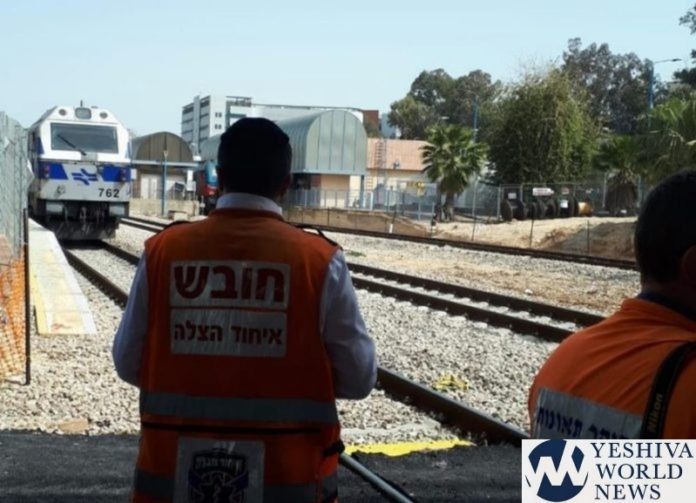 In general, during summer break there is a significant increase in the number of people using public transportation and specifically, Israel Railways. This year, with the addition of Jerusalem’s Yitzchak Navon station connecting the Railway to the central lines of the country, more travelers are using the railway lines than any previous summer. Over the past week, Israel Railways reported a sharp increase in the number of average daily passengers using the trains around the country.

In the stations of Jerusalem, Beit Shemesh and Netivot there was a reported increase of 22 percent in daily usage. As a result of the increase, Israel Railways has reiterated to passengers that their safety depends upon following the security guidelines set out by transit provider for proper conduct on the trains and while waiting on the platforms.

President and Founder of United Hatzalah Eli Beer said: “We are proud to be able to provide assistance to Israel Railways in spreading the important message of adherence to the established safety precautions during the summer break. Summer break is a time when we see an increase in the number of medical emergencies that our volunteers respond to across the country. Many of these incidents occur during travel time. If our assistance can help even one person, it will be worth the effort.”